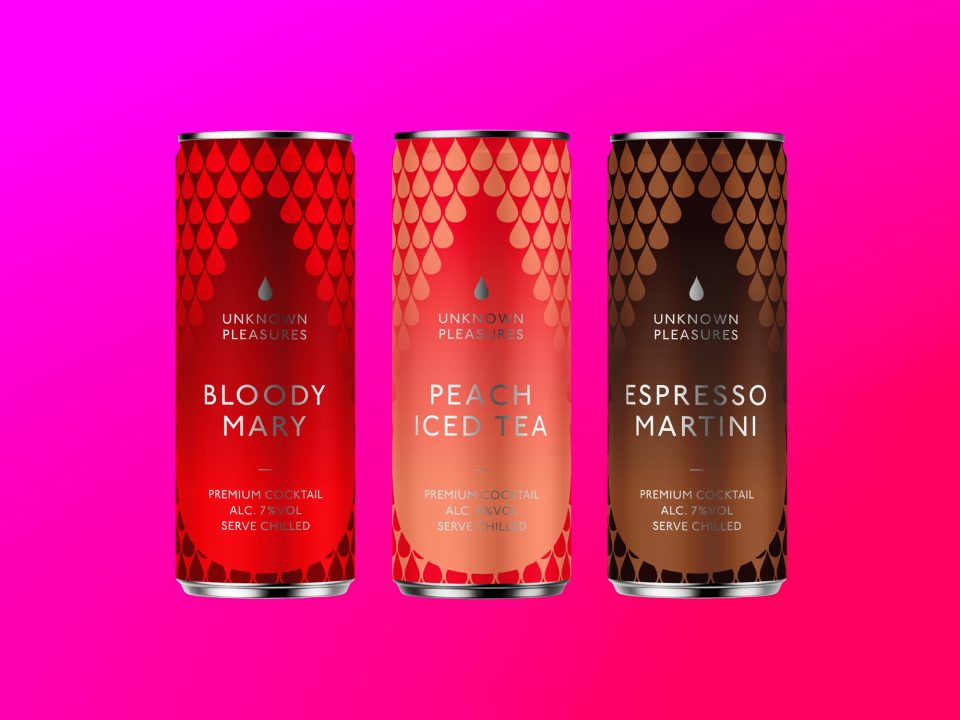 Cocktails in a can are more than just gin-in-a-tin, says Oliver Peyton, the celebrity chef and entrepreneur behind a new line of premium, ready-to-drink cocktails. Unknown Pleasures launched in October – he spoke to City A.M.’s Andy Silvester about why hitting the ground running during lockdown is the right thing to do.

We all know drinking habits have changed this year – with bar visits replaced by experimental cocktails at home. But after a day of working from home, whipping up a margarita or stirring up an Old Fashioned might seem like too much of an evening.

Read more: Your guide to the best at-home lockdown dining

“The gin and tonic,” he says, “has slightly spoiled peoples’ view of what a ready-to-drink cocktail is, and I want to redress that. Consumers are more demanding now, and why not?”

The original run of three canned cocktails – a Bloody Mary, a Peach Iced Tea, and an Espresso Martini – took at least a couple of years of development, Peyton tells us. Working with his former colleague and cocktail legend Dre Masso, Peyton has been on what he calls a “journey.”

“Going from a cocktail in a glass to a cocktail in a can is like going from being an atheist to being a monk,” he says with a chuckle. Technological innovations – the Espresso Martini has a widget that creates the foamy head familiar to cocktail bartenders across the world – mean he’s confident consumers will recognise the difference.

The original idea came to Peyton – the entrepreneur behind Peyton and Byrne and a serial restaurateur – at 35,000 feet.

“I was sitting on a British Airways flight and they were unable to give me the full complement of ingredients I needed for a Bloody Mary,” he says. “So my original business plan was to look at planes, trains and automobiles.”

Lockdown has added home to that list. But Peyton has no doubt that it’s the right time to launch, regardless of Covid-19 concerns.

“My belief is that we are walking around like we’ve been hit on the head with a baseball bat,” he says.

“Many people have said to me, well, why are you launching cocktails now? Well, why wouldn’t I do it now? I don’t see the point in walking round like I’m in a coma,” he continues.

Peyton has high hopes. More editions will be added in the new year, including non-alcoholic variants, and he sees the brand and his launch as playing a part in the recovery of the UK economy as a whole.

“We know Brexit is round the corner, and (with Covid-19) we’re all going to have to do an awful lot to get the economy back going again,” he says.

“We should be out there looking at every angle and every opportunity to make a success of things: I think that’s super important.”

We’ll drink to that.