The fight for the future of British fish and seafood 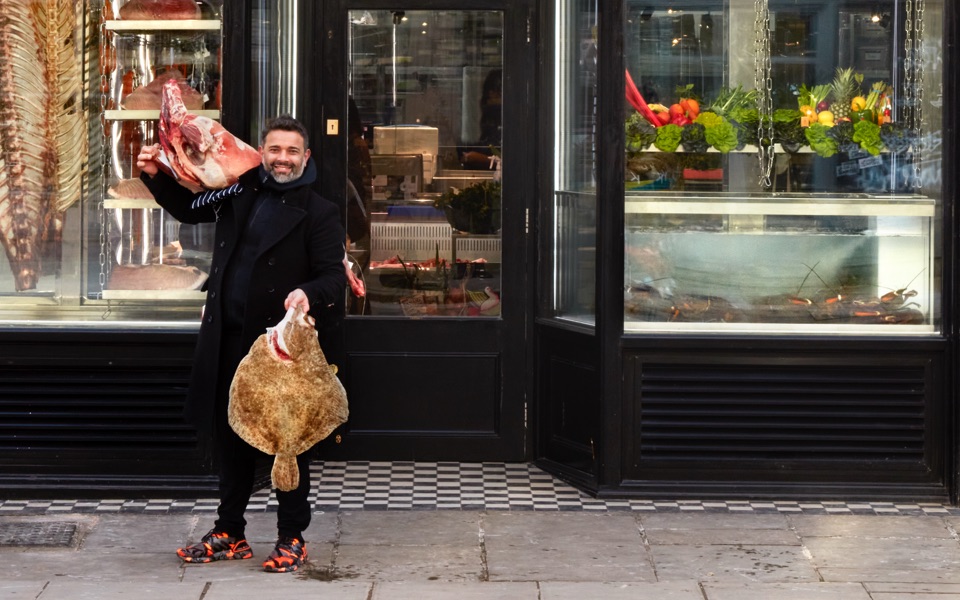 As the fishy issue of seafood continues to cloud the waters between the EU and post-Brexit Britain, fishermen and suppliers are clamouring to reinvent the industry.

Local & Independent has launched a Be Unshellfish campaign highlighting the difficulties faced by fishermen and explaining how both professional chefs and consumers can buy direct from the nets. Local & Independent is working with companies including the Cornish Shellfish Co and The Female Fisherman to help link savvy buyers with local sellers, helping create a direct supply chain to keep the dayboats afloat.

Craig Allen, director of Local and Independent, said: “We think the EU are playing games with our fishing industry and this will make life harder for British fishermen and encourage more European fishermen to take advantage.”

The campaign is designed to celebrate the diversity and quality of produce found in British waters. “The waters around the British Isles are fantastic for shellfish,” says Dale Osbourne, executive chef at Bagatelle.

“Shellfish such as scallops, mussels and clams filter the sea, the strong currents lead to firmer, larger molluscs, and the minerals make for incredible flavour. We live on an island and should embrace the food all around us along our coasts. Fresh shellfish are also one of the most delicious foods you can eat, and mussels and clams are extremely great value too.”

North Norfolk supplier Ashley Mullenger, known as The Female Fisherman, suggests rebranding various fish in the hope of increasing sales. “I think rebranding is sometimes the right thing to do to shine a light on some of our wonderful British seafood, and if changing the name brings it into the spotlight and changes our buying habits then it’s absolutely the right thing to do…. Anybody got any good ideas for renaming the humble and overlooked whelk?”

While many suppliers and chefs have expressed outrage at the EU over its intransigent approach to fishing negotiations – “the EU are throwing their toys out of the pram at every opportunity”, according to Guy Owen, chef director at The St Enodoc Hotel – one major industry player has another view.

“When restaurants reopen on the continent, where are they going to find their shellfish?” asks Chris D’Sylva, the Aussie-born chef behind the wildly successful Notting Hill Fish & Meat Shop.

“They need our produce just like we German cars. There’s too much money involved for them not to find a way. People always ask how Brexit is affecting my business and I say ‘who cares?’ You can sit here and try to gaze into the crystal ball, but at the end of the day, as a Brexiteer and an anti-lockdowner, I believe in the power of the market.”

D’Sylva doesn’t expect to see a shellfish renaissance in the UK once cross-Channel trade reopens, but says attitudes to native produce has been shifting for decades, creating a thriving market for high-end produce.

“We have three stores and an online business, employing a total of 70 people,” says D’Sylva. “We are the authority on fish, and that’s why restaurants like The Araki and Umu come to us for their sushi fish. We have profile and demand and foodies love us.”

Notting Hill Fish & Meat Shop last week announced a “strategic alliance” with the fishermen of Cornish town Looe, which gained fame in the BBC2 series Cornwall: The Fishing Life. Struggling to compete with the industrialised behemoth of the nearby Portsmouth fishing industry, the dayboats of Looe, spearheaded by local fisherman Sam Chapman, will sell all of its “prime” produce to D’Sylva, who will move it through his growing delivery network as well as his retail stores.

“The segment we operate in is basically the highest quality product, and it takes care of itself,” says D’Sylva. “There’s loads of talk about people moving away from the city, but who knows how true that is. I’d say 10 per cent of my customers are in the Cotswolds, so we’ve started to do deliveries to them. It’s now a status symbol to have out sushi on a Thursday night in the Cotswolds!

“You can use this situation to take advantage of a sellers market or you can use the opportunity to innovate while everyone else is sleeping and put space between you and them. We’re incredibly competitive and aggressive so we’re always pushing beyond classic retailing. We’ve built massive brand equity and moved out of our neighbourhood. We’re at the level where we have industrial spies in the shop.”

Whether the EU remains firm in its attitudes to British fish, or buckles under the weight of common sense, it seems our seafood industry is in for an fascinating few years.