The era of decentralisation 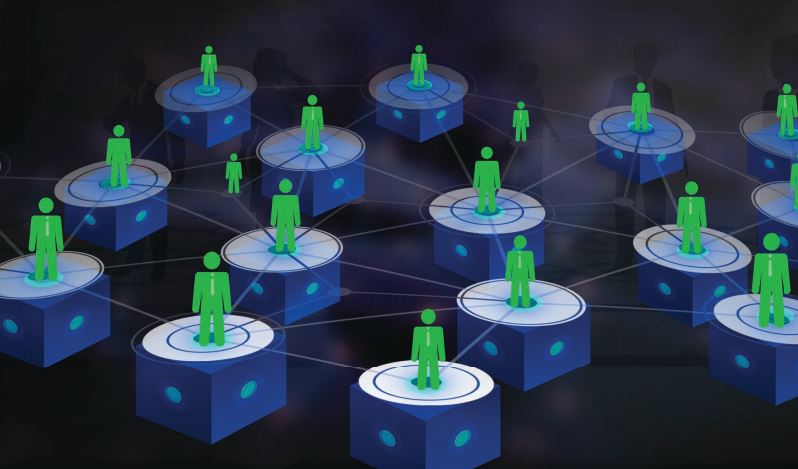 We are about to enter the era of decentralisation. Thanks to a global shift towards work from home practices, we are no longer sitting in large office blocks, but in our own homes. We are literally decentralising.

For those in the cryptocurrency space, we’ve been expecting this to happen, just not quite this quickly. For years we have been researching and building technologies that can allow us to collaborate at scale in our own homes, or wherever we are. We do this by engineering trust.

Blockchains are essentially massively distributed, hard to manipulate databases and using them means you can create a single source of truth for any system or organisation that you wish to work within. This becomes increasingly important as we transition out of the scope of internalised computer systems and hierarchy driven power structures that typically exist within organisational boundaries.

There are some organisations that are prepared for this, mainly within the tech sector, who’ve incorporated remote access to critical systems and distance oriented telecommunications for many years. At the cutting edge of technology development, highly technical human capital is scarce enough that organisations have had to develop competencies for allowing their workers to work remotely and even globally.

For the most part though, many organisations are woefully unequipped for the governance changes that are about to be required to survive in this climate. Many systems, processes and decision making structures will collapse without the ability to deploy the established management techniques that can only be used when we’re all co-located within the same building.

This is the time for the crypto community to shine. The burgeoning blockchain industry that has flourished in the last few years has been busy developing tools that are designed to facilitate the construction of decentralised systems. Here are a few things to keep an eye out for throughout this transition.

Organisations are generally pretty bad at knowledge management and often not very effective at structuring their permissions architecture. Organisational memory is contained within the minds of a small number of people, or even worse, locked in badly archived PDFs, which is where knowledge goes to die.

Blockchains have the potential to not only store histories of transactions, but track when and who created documents through the process of ‘attestation’, creating an immutable source of documentary provenance. Expect to see more companies exploring ways in which remote document management can be brokered using timestamping. A bit further down the line, we’ll stop using documents all together, and move towards git or wiki type structures, but… baby steps.

The recent Coronavirus Bill extended the government’s power substantially in many areas. Of particular interest is their new ability to demand information from stakeholders linked to food supply chains. Now, the government can request that companies produce information related to their inventories and general business practices to better facilitate a more national effort in equitable food distribution. What they may discover however, is that companies are not going to find this easy.

Sourcing business critical data in a way that can be easily parsed by a central authority is going to be a mammoth effort. Using permissioned blockchain systems, organisations would have data stored in a way that could allow temporary and selective access to their data repositories not only to state actors but to anyone where there is benefit. Expect to see blockchain based supply chain technologies come to the fore this year and with it, new methodologies for collaborative access to traditionally off-limits data sets in a range of industries.

It is in times of crisis that we discover what systems are fragile and likely to collapse due to their inability to pivot to new practices quickly and efficiently. Centralised systems can be susceptible to shocks such as this, because their ingrained practices are protected by small numbers of organisational participants.

Decentralised systems are more implicitly anti-fragile. Bitcoin for example, has undergone 11 years of attacks, repairs and evolution and has come out stronger because of it. Antifragile systems are built by independent, networked actors rather than people around a boardroom table. They can weather ordinarily existential shocks by allowing ‘the crowd’ to upgrade and evolve the system. Bitcoin and other antifragile systems will remain operational throughout this crisis, expect to see huge investment in technologies that can do the same.

Many people and organisations are going to realise they didn’t need that expensive office block all along. People working from home, will get into a natural rhythm with their loved ones, do yoga in the morning, work when they want, sleep when they want and ultimately find it difficult to re-integrate back into the arbitrary 9-5 cubicle based work day.

Others of course, will be wishing for the day they can get back to the office, but a non-trivial slice of the population are going to get the decentralised working bug (not the other one hopefully). Those people, particularly in the technology and creative sectors are going to be looking for platforms and services that use blockchain technology to mediate the brokering of time, skills and knowledge. Expect less strain on capital city infrastructure as people work from wherever they choose as opposed to being within commuting distance. Companies will also find that they are able to internationalise their workforce, bringing diversity of thinking into their organisations by drawing from a much broader global network of people.

The stock market and global currencies are about to take a big wobble as the world temporarily grinds to a halt due to its inability to work in a decentralised fashion. Unprecedented levels of quantitative easing and radical but necessary approaches to social welfare support are going to cause some significant reorganisations of the global economy.

Consequently, you can expect a significant rise in interest of non-state monies such as Bitcoin, which are decoupled from the internal struggles of any one particular nation state. They’re largely tracking the traditional markets currently, as people flee ‘risk-on’ assets for cash, but sooner or later money flow will return to the cryptospace in a big way.

In summary, the whole of the cryptospace just took a substantial shift towards from being ‘too early’ to being in some cases, ‘essential’. Scaling limitations and other deeply technical stumbling blocks still exist, but whilst the real world slows down, the digital world will speed up.

The relevance of the cryptospace and everyone in it, has just increased dramatically and if this isn’t the time for crypto, it will never be.

Dr Nick Almond in conversation with James Bowater.  Nick is a blockchain researcher who has a background in experimental physics and is currently an Associate Dean, at University Arts London. He has lectured in physics, mathematics, cryptography, technology and education theory. He is an expert in disruptive technology and is working on a range of blockchain based tools that target governance architecture and education.