The best cycling gear of 2020: Here's how to get the most out of your ride 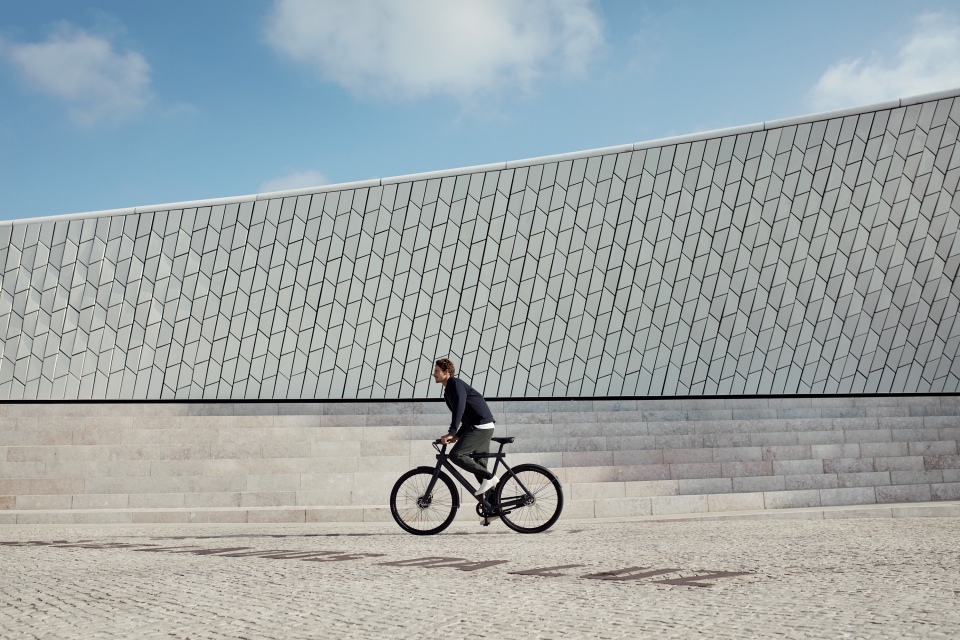 The storms have passed, the skies are clearing and your excuses for not getting back on your bike are evaporating like so many brown puddles.

Whether you’re commuting along cycle superhighways, or just looking to take your bike for a spin through the countryside, here’s our pick of the best (or most interesting) cycling gear of 2020 to ensure you do it in style.

The Apple of ebikes, the Vanmoof Electrified S2 is a feature-packed ride with a slew of security features built right into the frame. The rear wheel locks when you walk away and, were a determined tea-leaf to successfully make off with it, the bike will shriek like a damsel in distress. Then, if all the screaming doesn’t deter the crim, the company will dispatch a special crew of expert bike hunters to track down your stolen bike using GPS tracking. It also has a turbo boost button for accelerating away from the lights, or for ramping dramatically over a police roadblock during a climactic getaway. Although the latter is not advisable. £3,198, vanmoof.com

If you’re the sort of cyclist who likes to feel like they’re in a cartoon gang in 1980s New York by wearing their chain around their waist and occasionally trying to defeat the Teenage Mutant Ninja Turtles, perhaps it’s time to upgrade to the Hiplok. It’s a bike chain that’s actually designed to be worn, with an adjustable fastener that makes wearing your chain safe and easy, and one thousand times less likely to cause you serious injury in a crash. £85, hiplok.com

The Furo X, from FuroSystems, is a carbon fibre folding bike with a powerful and discreet BAFANG motor mounted in the hub of the rear wheel. As soon as you begin pedalling, the electric motor kicks into action and assists you up to speeds of around 15mph. Five degrees of pedal assist adapt to how lazy you’re feeling on any given day, while the folding frame and handlebars allow you to take the bike on trains and tube carriages. You can even use the saddle to wheel the folded up bike around by hand. Perfect for the partway commuter, or for anyone who lives in a tiny flat or up a flight of stairs. £1,799, furosystems.com

As well as being fun to say out loud, the Beryl Burner Brake lights up when it detects that you’re slowing down, alerting other cyclists and road users to your abating velocity. An accelerometer and some clever coding lets it recognise the difference between deliberate braking and coasting. The
Beryl Burner Brake also functions as a waterproof rear bike light too, with a 200 lumen lamp that’s visible in daylight. It’s been developed by the same team who invented the green LED lights for the Santander Cycles, winning a couple of design awards along the way. £40, beryl.cc

Heads come in all shapes and sizes. Some are tiny and smooth, others large and lumpy, or very wide and pointy, so a one size fits all approach to helmets makes no sense. Enter the Hexr helmet, a 3D printed case that uses scanning tech to construct a lid that will fit snugly around the contours of your unique dome. A honeycomb structure, inspired by the hard work of bees, makes it especially strong too. £299, hexr.com

The Reflect360 jacket uses millions of tiny glass beads embedded throughout the garment’s high-tech fabric to beam light back to where it came from. Thanks to science and photons and what-have-you, even the tiniest glimmer can light you up like a cycling Christmas tree, rendering you absolutely visible in even the most crepuscular of winter evenings. Now you can shout “how did you not bloody see me?” with more incredulity than ever. £90, provizsports.com

Regular cycling masks make you look like a Mortal Kombat fighter. Instead, why not filter out London’s noxious fumes while looking like a knock-off Daft Punk? The Atmos was announced at CES in January and claims to be 50 times more effective than the leading pollution masks, utilising flowing air to waft particulates away without sealing or covering up that beautiful mouth of yours. $350, ao-air.com

If you’ve got big hair, or simply enjoy feeling the wind on your scalp, you’ll want to swap out your regular helmet for a Hovding. This airbag is worn around the neck and deploys in fractions of a second if the on-board sensors detect a crash, rapidly enveloping your fragile skull in what appears to be a giant piece of popcorn or one of those bonnets babies wore in the 1920s. It’s disarmed when not in use too, so there’s no risk of it going off during a meeting. £249, hovding.com

Not so much a bike accessory as it is a personal hydrofoil for traversing bodies of water, the Manta5 lets you cycle on lakes and oceans like some kind of Chris Hoy Jesus. What’s more, it’s an ebike, assisting you up to speeds of 12mph – roughly as fast as you’d go on a regular bike on the road, and much, much faster than a regular bike on the sea. No more standing on the coast staring wistfully at distant, unreachable shorelines. £5,790, manta5.com