The Bentley Bentayga Speed is officially the fastest SUV on sale. But should you buy one? 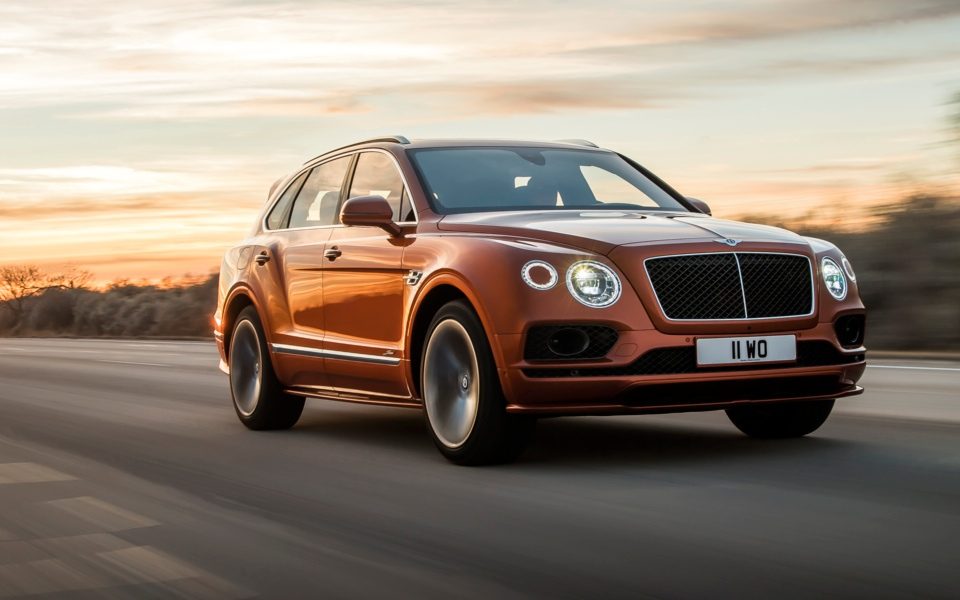 Zero-point-six-two miles per hour. That slender margin – half the speed of a spider scuttling across your bathroom floor – is enough to make the Bentayga Speed the fastest SUV in the world.

Yes, Lamborghini rounds up to an identical 190mph maximum for its second-placed Urus. But whether you’re blitzing a German autobahn or bragging in a country club bar, that 0.62mph advantage matters. Or does it?

A bit like building a really comfortable roller-coaster, it’s perhaps a question nobody asked. However, the Bentayga always had an uncommonly broad brief. Launched in 2016, Bentley’s first SUV had to be as cosseting as a Continental GT, as capable as a Range Rover and as dynamic as a Porsche Cayenne. Say what you like about how it looks (and several recent rivals are arguably uglier), to ace all three targets is no mean feat. Few vehicles do so much, so well.

The Bentayga initially came with a 608hp W 12, joined by the excellent 435hp V8 diesel a year later. The latter has now been ditched for a more zeitgeisty 462hp petrol/electric hybrid, while the former is succeeded by the Speed. It shares the same 635hp 6.0-litre W12 as the latest Conti GT and new Flying Spur: good for 62mph in a mildly preposterous 3.9 seconds, plus that record-breaking 190mph. Expect fuel economy in the low teens if you start embarrassing Lambo drivers, though (the official figure is 19.2mpg).

A price hike of around £20,000 – to £182,200 before options – seems steep for an extra 27hp, but the flagship Bentayga also gets an inside-and-out makeover. At the front, smoked headlights and a darkened grille tone down the standard chintz, while side skirts, a rear spoiler and arch-filling 22-inch alloys add some go-faster attitude. Inside, you’ll find acres of Alcantara and quilted leather, plus Speed badges and optional carbon fibre for the dashboard. How much weight this saves in a leviathan 2,491kg SUV isn’t disclosed…

Until you’re confronted by a London width-restrictor, you swiftly forget the Bentley’s sheer size. Its steering is nuanced and direct, while firmer suspension sharpens turn-in without ruining the ride. On country roads, the 48v active anti-roll system eerily counters the forces of physics, offering iron-fisted body control – and meaning your fun isn’t at the expense of your passengers’ breakfast (or indeed your Alcantara). The optional carbon-ceramic brakes merit a mention, too; they’re phenomenally powerful, as you’d hope for £12,000 (only slightly less than it would set you back for a new Ford Fiesta).

Still, the 12-cylinder engine remains the headline act. It’s outrageously overqualified for the job, defined as much by low-down torque as high-speed stats. Driving all four wheels via an eight-speed auto ’box, it will cruise in effortless near-silence or teleport you into the next time-zone. The W12 previously sounded a tad sanitised versus the more musical V8, but a new Akrapovic exhaust adds some welcome aural drama. Its metronomic throb swells to a full-bodied rumble, enhanced by fruity rasps and pops when you select Sport mode.

Three years ago, Bentley had the super-luxury SUV sector to itself, but others have since joined the party. Even Ferrari has its Purosangue 4×4 in development, due in 2022. For now, though, the Bentayga offers the best blend of abilities: more driver-oriented than a Rolls-Royce Cullinan, less compromised than a Lamborghini Urus.

It would be remiss not to mention the Hybrid and V8 again, both of which offer 95 percent of the Bentayga experience for 70 percent of the price (£130,500 and 136,900 respectively). Then again, neither is the fastest SUV in the world. And to some people, that matters.