The Accelerating Competition in the Bionic Hand Industry

Wayne Williams
Wayne is the Founder and Content Manager for BionicsForEveryone.com, a website that helps those with disabilities to understand their bionic technology options. 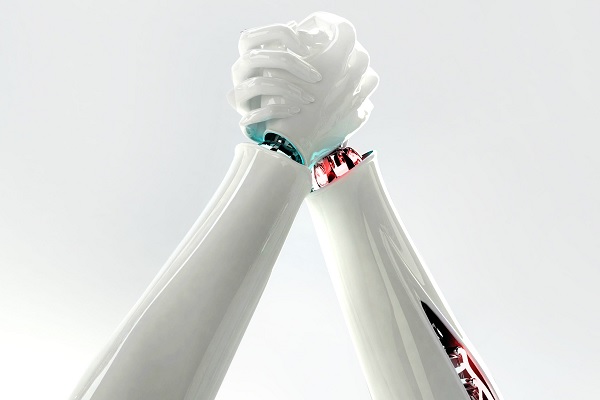 The Emergence of Lower-Cost Devices

If you wanted to purchase a multi-articulating bionic hand in 2015, you would have had only a few mainstream options, all costing between $35,000 and $70,000 US for a complete solution.

Roll forward six years and at BionicsForEveryone.com we now list 14 bionic hands from 13 companies on our website, with another 5 devices likely to be added before the end of 2021. The lowest-priced hand on that list is currently $8,000. There are three more that sell for less than $18,000, and that includes a forearm socket and also prosthetist fees.

It is not just competition in the lower-priced segment of the market that is heating up, either. Three new bionic hands with more advanced capabilities have recently launched or are about to launch in the $20,000 to $30,000 range.

With other highly capable hands on the way at similar price levels, it is difficult to see how companies like Ottobock and Ossur will be able to preserve the market share of their premium brands (specifically, the i-Limb and the Michelangelo Hand). At some point, the cost-benefit analysis will swing heavily in favor of the lower-cost alternatives, if it hasn’t already.

Lower prices are critical for improving access to bionic devices, but bionic hands don’t just compete on price. They also compete on technology.

All bionic hands can grasp objects — that’s their primary purpose. What has differentiated one brand from the other for most of the past two decades are three core features: ease of use, dexterity, anddurability.

The first two features are a function of a bionic hand’s user control system. Until recently, more expensive hands generally offered superior control systems, which made them both easier to use and more dexterous. Thanks to the emergence of third-party pattern recognition technologies, these benefits are no longer reserved for premium devices.

Durability has been an industry-wide problem since the start of the bionic hand industry. Here, again, any advantages held by the premium products have mostly eroded. In fact, it is some of the newer hands that have introduced innovative features like pliable materials or fingers that automatically collapse under too much force, thus avoiding permanent damage. The newer brands are also the first to make bionic hands water- and dust-proof.

However, all of this is technical child’s play compared to what is coming down the product pipeline. Scientists have long recognized that restoring proprioception (the brain’s sense of the body’s position in space, including, in this case, a bionic arm/hand) and sensory feedback are the keys to providing near-natural capabilities.

A new modular bionic arm called the Atom Touch, due for release in 2022, promises to deliver many of these capabilities. If it fulfills this promise at around $50,000 US for the hand component, it should completely redefine the premium end of the market. Existing premium bionic hands will then have to either upgrade to similar technologies or lower their prices. Either way, there is no way to avoid this persistent pressure to improve.

In June 2020, a startup called Unlimited Tomorrow launched an innovative new bionic hand called TrueLimb. What makes this company truly unique is how it sells, designs, and delivers its hand to its customers:

What are the implications of this new direct-to-consumer model in the bionic-limb industry? The first implication is that it immediately cut the lowest price for a bionic hand in half, down to $8,000.  Currently, a good proportion of bionic hands are funded through crowdfunding or not-for-profits such as the Tej Kohli Foundation. An $8,000 bionic hand is much more within a user’s grasp without having to rely on third-party financial support.

As the video shows, it also eliminates prosthetist clinics from the equation. Note that it does not eliminate a prosthetist’s knowledge. That is still present at the company’s design headquarters.

Third, it uses technology — a scanner, design & training software, and 3D printing — all to greatly reduce the skilled labour required to build a below-the-elbow bionic solution.

Will it work? At BionicsForEveryone.com, we can’t say yet because we rely on our User Satisfaction Surveys to assess the successes and failures of bionic hands, and the TrueLimb has not been on the market long enough for us to get a fair and accurate assessment of it.

However, we would not bet against Unlimited Tomorrow. Its mid-twenties founder & CEO, Easton LaChapelle, has been building bionic hands since his early teens. He’s young, incredibly bright, and surrounded by a solid team. Some have even referred to him as “the next Elon Musk”. What his surprisingly long history of success tells us is that Mr. LaChappelle did not launch the TrueLimb as a gimmick. In our opinion, his odds of success are quite high.

Until we get the official verdict on that question, a more pressing question is: what will happen if TrueLimb is successful? Will it mean the end of prosthetists? Certainly not. Prosthetists do a lot more than just make sockets. Find the right one and she is likely to be your greatest ally in overcoming the disability aspects of your limb difference. Besides, while a direct-to-consumer model may work for a below-the-elbow solution, things get a lot more complicated when knee or elbow joints are also missing or impaired.

If successful, will this model further shake up the bionic hand market? It most certainly will. When you can make and deliver a product at half the price of your nearest competitors, that tends to trigger a competitive response.

What will this response be? Automation. Think in-office scanners, design software, 3D printers. This is already happening. A successful TrueLimb will merely force prosthetists to accelerate their modernization. Eventually, patients will go into a prosthetist’s office, insert their residual limb into a machine that scans and measures it, and return a few days later to pick up their custom 3D-printed bionic hand, training software included. That’s the logical response if TrueLimb is successful.

To be honest, it’s probably the logical outcome period. One way or another, we are headed toward a world where bionic hands do a lot more for a lot less. And, holistically speaking, that’s a wonderful outcome.