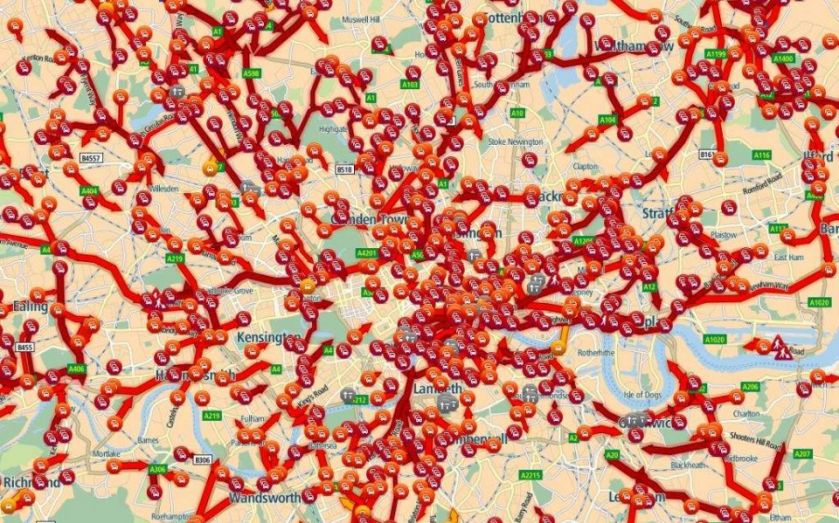 If you're planning on driving anywhere in the capital today, look away now: data by satnav manufacturer TomTom shows that just before 9am, there were 1,445 separate "congestion hotspots" – aka "traffic jams" – in London.

According to the data, the tube strike caused 761 miles of tailbacks in the capital, double the amount recorded at the same time yesterday morning.

And if you're thinking of trying the A40, don't bother: the worst congestion was on the 15 mile stretch between Denham Roundabout in Uxbridge and the Marylebone Road, where some drivers were stuck for up to 90 minutes this morning.

Transport for London's advice, released yesterday, was to stick to public transport – it's laid on 200 extra buses, which have the advantage of being able to use bus lanes. It also added that a normal service is operating on the Emirates Air Line, the cable car over the Thames. So there's always that.