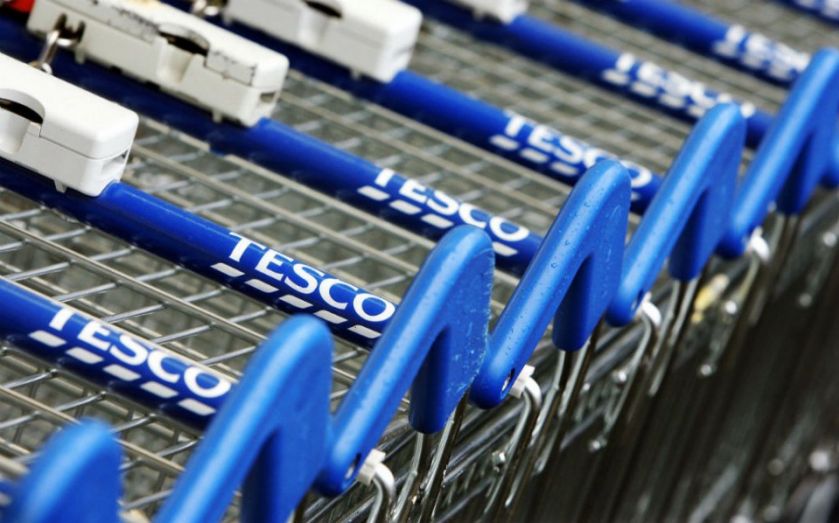 The milestone was finally passed after a near four-month search with the naming of Dixons Carphone’s John Allan as Richard Broadbent’s successor.

What’s that done to Tesco shares? Not much. They edged up slightly in early trading and are largely flat at 244.50p per share in early afternoon trading.

While that can be considered a green light of approval from investors, it’s far from the surge one would expect from a major announcement of a senior executive.

And that’s probably because he’s no Archie Norman.

While Allan is obviously more than qualified for the job, the heavyweight background of Norman, the former Asda chief executive and current chairman of ITV who had also been in the running for the job, would have been preferable.

“Norman needs no introduction to any seasoned supermarket watcher following his 'duet' with Allan Leighton in the 1990s. We cannot second guess whether Norman was in serious contention or not and frankly now it does not matter. However, from our perspective we could foresee a 'dream-ticket' scenario of Messrs Norman and Lewis working together, one that we sense the market would have warmly welcomed, but this is not to be,” says Shorecap’s Clive Black.

“We would have preferred Archie Norman over the 66 year old John Allan,” says Cantor’s Mike Dennis, “as Allan is seen as more of a logistics expert rather than a food retailer, given his Fine Fare days were 35 years ago. As chairman of Dixons and deputy chairman of the merged Dixons Carphone group has some electricals experience which is a category largely de-emphasised at Tesco with the wholesale move of in-store non-food to on-line." 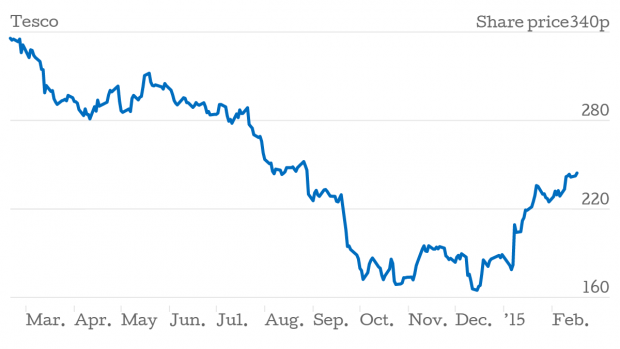 “We have had our differences of view with Sir Richard in recent times but we wish him well for the future,” says Shorecap’s Clive Black, “As for Allan, well in truth, we know relatively little about him.”

“The turnaround in the performance and prospects of Dixons has been a remarkable achievement by its collective management, culminating in a well-regarded merger. Mr. Allan's turnaround experience may be highly valuable to Tesco, and whilst not necessarily the centre of his time, he may have beneficial insights into logistics progress too,” Black notes.

So Tesco has landed the second-best man for the job. What's next?

Here's what Dennis had to say:

Tesco, despite the halving of its market value and shrinking of its group trading profit to less than £1.4bn still seems willing to pay substantial fees, £56,000 per month for senior executives. I am not so sure that Tesco has lowered it sights or that investors have understood that this is a not typical turn around story as Tesco is already one of the most efficient food retailers in the world (running its store too ‘hot’), but mismanaged the timing of its supplier funding to offset its falling brand equity, falling sales densities, loss of pricing leadership and poor return on International investments.

All these factors can be stabilised, but probably do not require a major operational investment strategy but more of a cost cutting exercise and divestment of non-performing assets, in our view. The question now is whether the 'clean' Tesco UK operations actually make double digit cash returns or can that only be achieved after a substantial asset write down.

And Black, who also believes the appointment will bring more changes to Tesco's executive committee, had this to say.

The market has arguably discounted several years of recovery from Tesco, a business that has it all to do in sustaining revenue growth, recovering UK and International margins and structurally de-leveraging. Achieving such outcomes, never mind delivering an onward and sustainable dividend stream, is some way off to us. We expect UK trading margins in particular to rebuild over time but not to recover to around the six per cent level "enjoyed" in more recent times, maybe half this level is achievable in the foreseeable future.