Isabella Hervey-Bathurst
I am a member of the global equities team at Schroders. 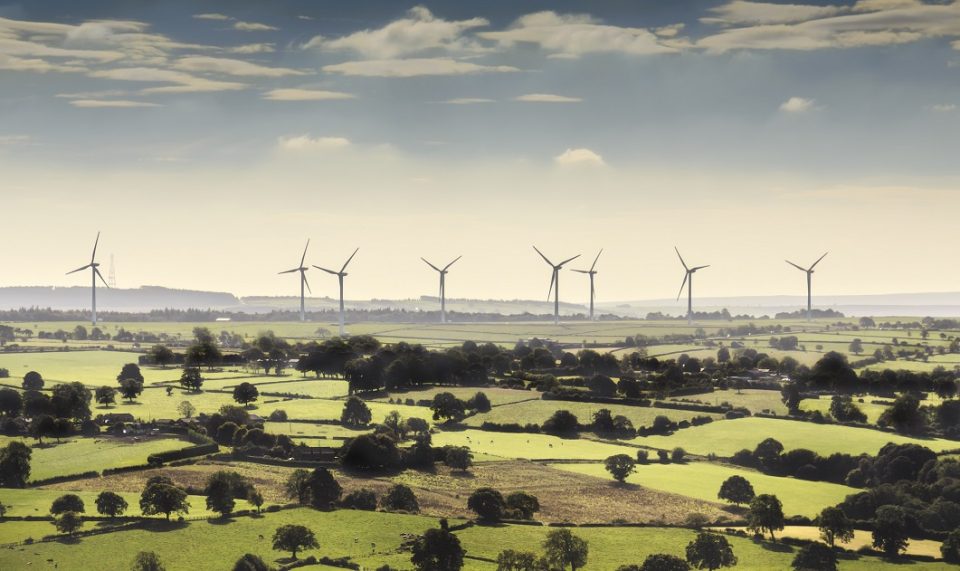 The solar and onshore wind industries have long been areas of focus for climate change investors, but offshore wind has always lagged behind because of its higher cost. However, that is set to change, with substantial growth likely in the sector over the coming years, as offshore wind approaches cost competitiveness with conventional electricity generation.

The first offshore wind farm was commissioned in Denmark in 1991 and was five megawatts (MW) in nameplate capacity. The 11 turbines had diameters of 35 metres each. Although it was an important first step on the offshore wind learning curve, it was a small and expensive project, producing enough power to supply only a few thousand households.

Why is growth taking off now?

There has always been a strong theoretical attraction for offshore wind. Wind capacity tends to be higher offshore, and because they are located offshore the size of the turbines can be larger and more powerful (as you can ship much larger blades than is possible by road or rail). The projects are less likely to face opposition from nearby residents given their remote location (in many cases they cannot even be viewed from the shoreline) and the output of offshore wind tends to have a negative correlation with solar, helping to mitigate renewables’ inherent intermittency problem.

However, the high cost of offshore compared to solar, onshore wind and fossil fuel energy generation has meant it has been a niche technology. Subsequent cost reductions over the years mean that offshore wind is on the cusp of being fully competitive with conventional electricity generation. Growing political ambition to decarbonise energy supplies is another key demand driver.

The offshore wind market is expected to grow at a compound annual growth rate of 17% to 2030, reaching 154 gigawatts (GW) of cumulative installations by that date, according to Bloomberg New Energy Finance. Official country targets imply 170GW by 2030. If the historical growth trajectories of solar and onshore wind are any guide for the future, estimates for renewables growth tend to be too conservative.

Is the industry still dependent on subsidies?

The first zero-subsidy offshore wind contract was awarded in 2017 and the list of unsubsidised projects continues to grow, helped by the shift to auctions for allocating capacity. Whilst the industry is not entirely subsidy-free as offshore wind is not yet cheaper than conventional power generation in all geographies, costs continue to fall.

How has the cost of offshore wind power changed over the past decade?

The cost of offshore wind has fallen by about 60% over the past decade as the industry has scaled, turbine technology has improved and competitive auctions have been introduced. We’ve come a long way from the 35m diameter turbines used at the first offshore wind farm. The turbines for the Hornsea 2 installation, off the coast of Yorkshire in the UK (due for completion in 2022), will be 167 metres in diameter.

How has the production of offshore wind power grown?

Which countries are leading the way?

Europe dominates installed capacity, particularly the UK and Germany. The 2030 targets suggest that further broad-based growth will come from Europe, with the emergence of new global markets also contributing strongly (India, South Korea, Japan, Taiwan and the US).

Which companies participate in the offshore wind value chain?

Other utilities like RWE and Iberdrola have some modest offshore wind capacity and a backlog to build more. Some conventional energy companies are planning to invest in offshore wind too: Equinor is targeting 9GW of offshore wind by 2035 and Shell has entered into a JV with EDP Renewables to bid for offshore wind projects.

Elsewhere in the value chain, cable companies Prysmian, Nexans and NKT all have businesses supplying the subsea transmission cables connecting the wind farms to the shore. Offshore wind is also a potential addressable market for companies like Hexcel which produces composite materials for onshore wind blades, and TPI Composites, which is a leading wind blade outsourced manufacturer.

Didn’t investors lose money in renewables in the noughties because of the withdrawal of subsidies?

In the past, investors in renewables have had to endure considerable volatility. Subsidies have been used in the past to stimulate the development of renewable technologies and provide important support for these industries as they gain scale. The (surprise) withdrawal of subsidies has caused big swings in renewable demand, leading to problems of overcapacity and sharply falling prices. The removal of generous solar subsidies in Southern European countries in the midst of the euro crisis led to a huge drop in demand.

More recently, China’s reduction of solar subsides in 2018 also saw the industry decline, although it is now recovering. As the recent case in China shows, removing subsidies is not necessarily bad for the industry in the long term (even if it was temporarily painful for the equities). In the case of China, it gave the industry the final push to cut costs, nudging solar into cost competitiveness.

…but this time it’s different?

We believe this time is different for two key reasons. Firstly, demand for renewables is now much more broad-based, meaning it is less likely to be derailed by policy changes in an individual country. More importantly, in many regions, renewables are cost competitive with other forms of energy generation and make commercial sense without subsidies. Although there are still some subsidies in place (typically with provisions in place for gradual step-downs), we believe that the large swings in renewable demand seen in the past are now firmly behind us.

Investors in climate change trends have many trends to watch, how important is this one?

As climate change investors we are particularly interested in industries approaching inflection points, as offshore wind appears to be, as these breaks with history often result in growth that is underappreciated by financial markets (which are more accustomed to thinking of trends in a linear way). We think that the growth potential for offshore wind could be huge, and see investment opportunities to capitalise on that growth.