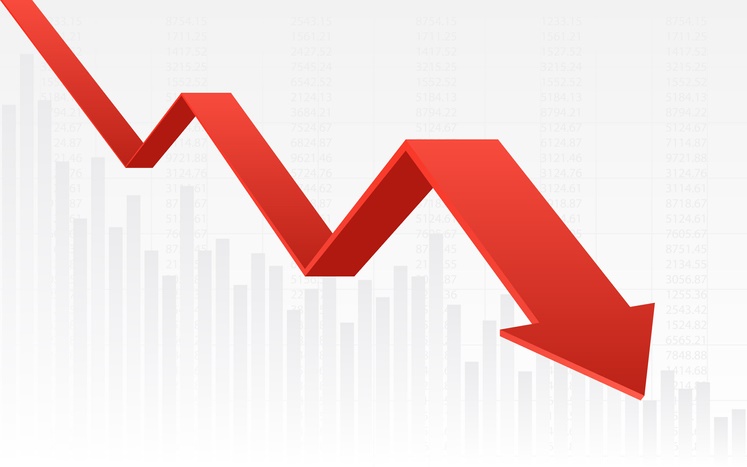 Despite sinking to prices not seen since 2012, investing in Ted shares remains hugely speculative.

Ted Baker (LSE:TED) shares are trading at levels not seen since November 2012 after another profits warning accelerated the de-rating of this former high-flying lifestyle brand.

Whereas Ted’s shares had once been reassuringly expensive at around 30 times forward earnings, they are now closer to bargain territory at about 12 times. This follows a near-70% reversal in the share price since February last year, with last week’s second of two profit warnings for 2019 following the recent abrupt departure of founder and chief executive Ray Kelvin.

Even with the valuation the lowest in a decade, investors will be finding it harder than ever to predict a return to the kind of form where the brand routinely outperformed its peers.

As we warned at the time of annual results in March, this year is unlikely to be any easier for Ted Baker amid the well-documented cyclical and structural issues in retail. This was borne out in last week’s update, although the admission of some challenges with spring and summer ranges point to internal difficulties as well.

Such issues may or may not be linked to the distraction caused by Kelvin’s departure in the wake of harassment allegations. He has been replaced at the helm by Ted Baker veteran Lindsay Page, who sought to highlight the group’s longer-term prospects and its “outstanding brand” in particular.

Several new product initiatives are due to launch soon, along with the advent of monthly product drops and speed-to-market projects. Page said the company is also “relentlessly focused” on achieving cost efficiencies, including with sourcing and the supply chain.

In the meantime, the company is battling “extremely difficult” trading conditions caused by consumer uncertainty in several key markets and elevated levels of promotional activity. The short-term outlook in the UK is hugely uncertain, particularly given Ted Baker’s significant exposure to sales in the structurally challenged department store sector.

Unseasonal weather in North America was an additional headache at the start of the year, meaning group underlying sales fell 2.9% at constant currency in the 19 weeks to June 8. Total revenues across retail and wholesale platforms were still 3.8% higher, however.

The company thinks profits for this financial year will be between £50 million and £60 million, compared with the City’s £70 million estimate and the £63 million recorded in recent annual results. Forecasts among analysts earlier this year had been as high as £82 million.

Analysts at house broker Liberum believe the company’s commentary on current trading conditions should not come as a surprise. “This has resulted in a consumer that transacts more on a promotion, meaning full-price sales are harder to convert,” they added.

The broker has slashed its target price from 2,300p to 1,280p, which is equivalent to a forward multiple of 14.5x for 2020 earnings. Last week the price fell below 1,000p for the first time since November 2012, although rival stocks including Next (LSE:NXT) and Superdry (LSE:SDRY) were barely moved by the update.

The lifestyle brand, which is listed on the FTSE 250 index, has some 560 stores and concessions worldwide, including about 200 in the UK.