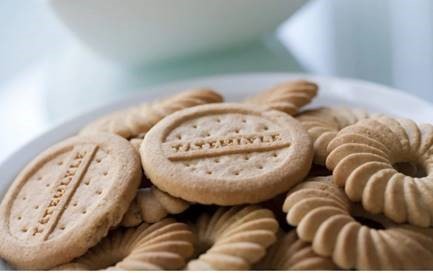 Shares in Tate & Lyle jumped this morning after the firm confirmed that it had put its sweeteners division up for sale after reports it was mulling a break-up of its operations.

Shares in the historic foodstuffs brand rose 6.4 per cent this morning as the sale passed the smell test.

In a statement yesterday, the firm said: “Tate & Lyle continues to successfully execute its strategy and remains confident in the future growth prospects of the company.

“However, the Board believes that if a transaction of this nature was completed it would enable Tate & Lyle and the new business to focus their respective strategies and capital allocation priorities and create the opportunity for enhanced shareholder value.

“Discussions with potential new partners in the Primary Products business are at an early stage and therefore there can be no certainty that a transaction will be concluded.”

The firm, which is 100 years old this year, is one of the best-known names in British industry, and a constituent of the FTSE 250 index.

The Telegraph, which first reported the potential sale, said that the auction could be worth up to £1.2bn.

It added that US private equity giants Apollo Global Management and Cerberus had held talks with Tate & Lyle over the sale.

In 2010, the firm sold off the sugar division that made its name – and owns the famous Golden Syrup brand – for £211m.

Commenting on the deal, AJ Bell investment director Russ Mould said: “Tate & Lyle’s potential move to sell a controlling stake in its artificial sweeteners and industrial starches arm could mean it gets a cash injection that can be used to pay down debt and reinvest in the business to make it more competitive, as well as the ability to focus more attention on its food and beverages arm.

“Keeping a minority stake in the sweeteners arm would also mean it benefits from any upside and provides an option to sell that holding at a future date, potentially for an even greater price than if it had sold out completely in one go.”