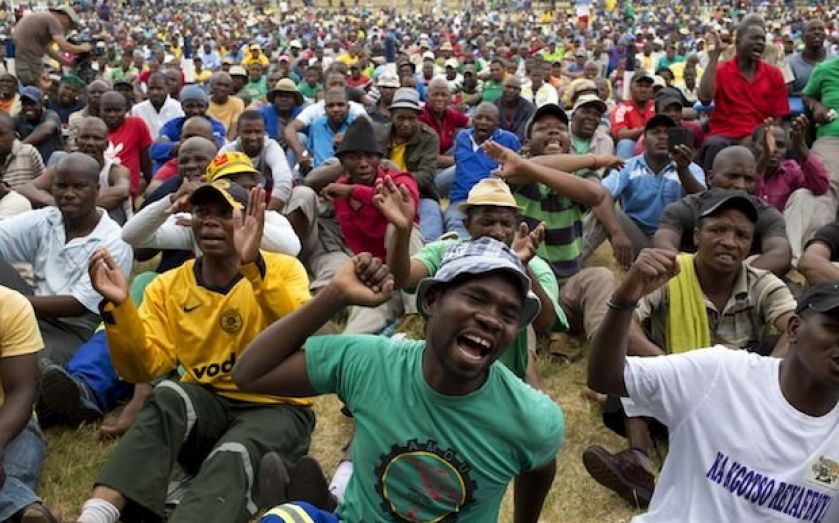 Lonmin said today that mediation talks between South Africa’s three largest platinum miners and the militant Association of Mineworkers and Construction Union (Amcu) have been suspended, as the respective parties’ positions are too far apart to warrant further discussions.

Amcu, which represents the majority of workers at the three mining companies, has told its members to go on strike for the past six weeks, demanding more pay.

The action has effectively halted production at the three miners, which together produce over half of the world’s platinum.

Lonmin said that it has lost around 90,000 saleable platinum ounces so far and will not be able to achieve previous guidance of more than 750,000 ounces for the year. It now expects full-year sales to fall further depending on the length of the strike and will give more details once the action has ended.

“We and Amplats and Implats remain, as we have been throughout this process, committed to finding a positive and sustainable resolution to the dispute in the interest of all our stakeholders and importantly for the sustainability of our business,” said Ben Magara, chief executive of Lonmin.

The longer the strike continues, the greater the impact on our higher cost shafts, our ability to return to a normal operating environment and obviously on jobs.

Lonmin said it remains open to resolution of the impasse with Amcu.