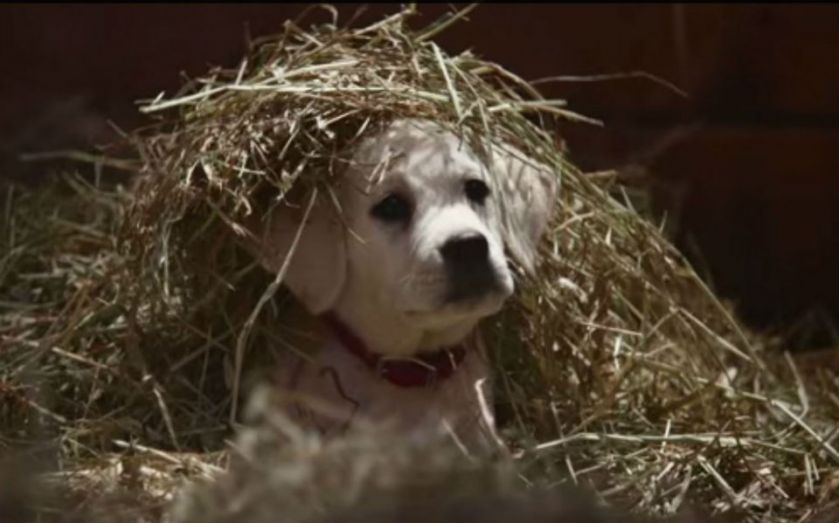 Some 184m Americans are expected to tune into the Super Bowl this year to watch the New England Patriots and Seattle Seahawks showdown.

While American football is nowhere near that popular here in the UK (although it is growing), chances are many more of us have seen a Super Bowl advert shared on our screens via YouTube, Twitter or Facebook.

The closest we have to Super Bowl-size advertising is the X Factor, where ad spots are highly sought after and 30 second spots in the final go for around £150,000 to £200,000. Last year’s final was watched by 9.1m viewers, or, a twentieth of the Super Bowl’s audience to put that in perspective, and a fraction of the $4.5m cost of a Super Bowl ad spot.

Volkswagen's The Force ad, featuring a small child dressed as Darth Vader and using the force, was a smash hit way beyond the 30-second spot it had during the 2011 Super Bowl. It’s release prior to airing on TV the day of the game, helped it reach far beyond the football fans watching and it ended up getting an airing on UK TV screens too, such was its popularity.

PepsiCo, Coca-Cola, Budweiser, Snickers, T-Mobile and McDonald’s are just some of the 30-odd brands expected to pay around $4.5m for a 30-second ad to appear in the 50-odd ad break spots available this year.

With around 80 per cent of the adverts already pre-released, here are the top 2015 Super Bowl ads so far, and the best of the rest.

Based on the most shared according to Unruly.

The most popular so far is an ad that pulls at the heartstrings featuring a lost puppy. Not something necessarily associated with Budweiser beer, but it’s certainly worked in the viewing stakes.

Another Budweiser spot. This time with a horse. A rather intimidating horse.

This for Skittles doesn’t quite translate across the Atlantic. It features Seattle Seahawks player Marshawn Lynch talking Skittles rather than football at a press conference.

NoMore.org’s anti-domestic violence PSA (Public Service Announcement) will air in a 30 second spot given for free by the NFL which also produced the ad. A chilling watch, NoMore is the NFL’s own attempt to address the sport’s issues with domestic violence. It’s a Super Bowl first.

Back to beer, and a more familiar light-hearted spot. Bud Light creates a real-life version of a Pac Man game. The lucky fella chosen to be Pac Man is living a dream surely everyone has.

The one that’s already been pulled for being too controversial

GoDaddy, a Super Bowl advertising regular and one used to controversy for being quite risque, has already fallen foul of social media users after its own take on Budweiser’s Lost Dog called Journey Home was criticised for being cruel to animals. It’s been pulled from YouTube, but you can still watch it here.

The “interception” concept (we see what they did there) will see thousands of people attempt to win a Volvo car by tweeting a nomination of someone they know who deserves a new car. “during the big game you’re going to see a lot of car commercials” Volvo’s non-Super Bowl, Super Bowl ad begins. “But you won’t see Volvo. Instead, we want you to be part of the greatest interception ever. How? By using their commercials to give you the chance to win one of our cars.”

Who would have guessed Newcastle Brown Ale was big in America? Big enough for a million-dollar Super Bowl ad… sort of. The Heineken-owned British-brewed ale brilliantly skewers the whole madness of the Super Bowl ad by calling out to other brands who can’t afford the massive cost to go in on an ad with them. Here’s actress Aubrey Plaza putting the call out for brands to join them.

And here’s the final result of the Band of Brands call, featuring 37 lesser known products and companies. It follows on from last year’s online ad featuring Anna Kendrick talking about Newcastle Brown Ale not being able to afford to advertise in the big game.

In addition to Aubrey Plaza, Marshawn Lynch for Skittles and Pierce Brosnan for Kia, viewers will see Kim Kardashian taking the mick out of her, and everyone else's, obsession with selfies for T-Mobile.

Other celeb spots include Lindsay Lohan for eSurance (watch a teaser) and comedian Mindy Kaling for Nationwide Insurance. This probably says a lot about advertising insurance.

An unusual one this year is aerospace and defence firm Northrop Grumman. It’s the first Super Bowl ad from the American firm and thought to be the first by any defence firm in the history of the Super Bowl.

The firm is vying with Boeing and Lockheed Martin for a US government contract to build Long Range Strike Bombers. As Adweek points out, a $4.5m Super Bowl ad is a drop in the ocean compared to the value of that contract.

The rest of the Super Bowl ads

As a Super Bowl sponsor, PepsiCo will be everywhere. It sponsors the halftime show which this year features Katy Perry. PepsiCo brands Doritos, Gatorade and Tostitos (tortilla chips) are slated to feature in both the show and the ad breaks, but have yet to be revealed.

Rival Coca-Cola has revealed teasers for its own ads which are intriguing as they focus on the idea of making the internet a happier place for everyone.

Procter & Gamble’s Always will screen a hugely successful viral ad from last year. Like A Girl will condense the three-minute video from last June created by documentary maker Lauren Greenfield into a 60 second spot for TV.

Much like Mars’ effort for Skittles, the Snickers spot is a strange take on the Brady Bunch if this teaser is anything to go by.

McDonald’s has attempted a heart-warming effort, but no puppy’s are present like Budweiser, as people are asked to pay for their food with a call to their family saying they love them, or a hug.