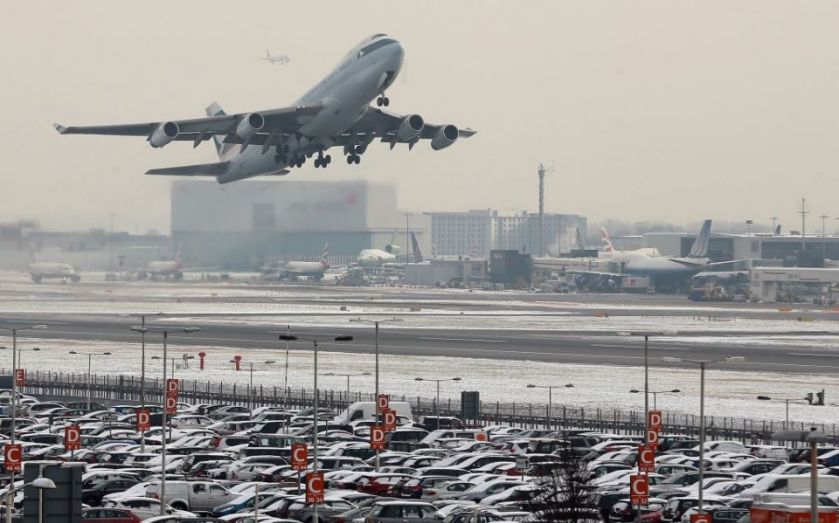 As MPs arrive in Westminster to take their seats in the House of Commons this week, one of the bigger decisions they will face – and one which I believe must be taken urgently – is the decision to build a new London runway.
Having spent almost three years rigorously examining all the evidence, Sir Howard Davies’ Airports Commission will imminently recommend expanded runway capacity at either Heathrow or Gatwick. Once that recommendation has been made, I believe it is essential that the government hits the ground running, and uses its fresh mandate to make an early decision to expand airport capacity.
Believe it or not, we haven’t built a new full-length runway in the South East for about 70 years. Decades of political procrastination mean that we are now faced with a situation where Heathrow, our only international hub airport, has been full for a decade, while Gatwick, our second busiest airport, will be full by 2020. By 2030, all of London’s other major airports are forecast to be full too.
So with the debate on the relative merits of Heathrow and Gatwick rapidly coming to a head, we must be reminded of the high economic stakes at risk if politicians continue to do nothing. Although the years of political dithering and delay may suggest otherwise, this issue has always been about far more than where we build a new runway – it’s about future jobs, growth and economic prosperity.
The Airports Commission’s own analysis suggests expanding Heathrow could deliver as much as £214bn in economic benefit, while Gatwick expansion could deliver up to £127bn. Expansion at either airport would create tens of thousands of jobs.
As an island nation that has always prided itself as being one of the great trading nations of the globe, the UK’s lack of airport capacity is increasingly putting us at a competitive disadvantage. Up until recently, for more than three centuries Britain played host to the world’s busiest port or airport. Yet earlier this year, that became part of our history when Dubai International overtook Heathrow as the world’s busiest international airport.
The British people recognise the value of new runways. A recent Populus poll commissioned by Let Britain Fly showed that supporters of expansion outnumber opponents by a factor of three to one across the country. Furthermore, and contrary to the nimbyism often portrayed in the press, in London, support for expansion rises to almost four to one.
Now that the public has demonstrated its support, UK political leaders need to wake up to the fact that our international connectivity plays a fundamental role in attracting new business to Britain. By value, 40 per cent of our exports go by air, and trade volumes are up to 20 times higher with countries with which we have a direct air link. The UK’s trade deficit recently widened to a four-year high, and airport expansion could play a pivotal role in boosting trade and narrowing the gap in the longer term. Failure to expand could see the reverse and result in a shrinkage in Britain’s role in world trade.
The simple truth is that while we dither, our competitors are racing ahead. While Heathrow is left to cope with its two runways and Gatwick with just one, Amsterdam already has six runways; Paris and Frankfurt both have four. As a consequence, there are now 50 per cent more flights to China – a key growth economy – from Paris than from London. In fact, London now has fewer weekly flights than its European rivals to seven of the eight growth economies identified by the IMF.
Political procrastination will only allow this gap to widen. Around the world, ambitious countries are planning major investments in new airport capacity to enhance their economic competitiveness. The world’s major cities are planning to build more than 50 runways by 2036 to allow for an extra 1bn passenger journeys a year. By contrast, our decision to build one additional runway has been dogged by years of indecisiveness. It is clear that Britain is at a crossroads. Either we choose to modernise our airport infrastructure or, inevitably, we get left behind.
On the day he won the election on the doorstep of 10 Downing Street, the Prime Minister talked about our country’s proud history and the need to build an even prouder future. An excellent start to achieving that ambition would be to make an early decision on airport expansion and get on and build a new runway in London and the South East. Such a decision would not only ensure a better economic future for all, but be a historic one. David Cameron would be the first Prime Minister to build a new runway in the South East since Clement Attlee in 1945.
Michael Spencer is a founding signatory of Let Britain Fly.