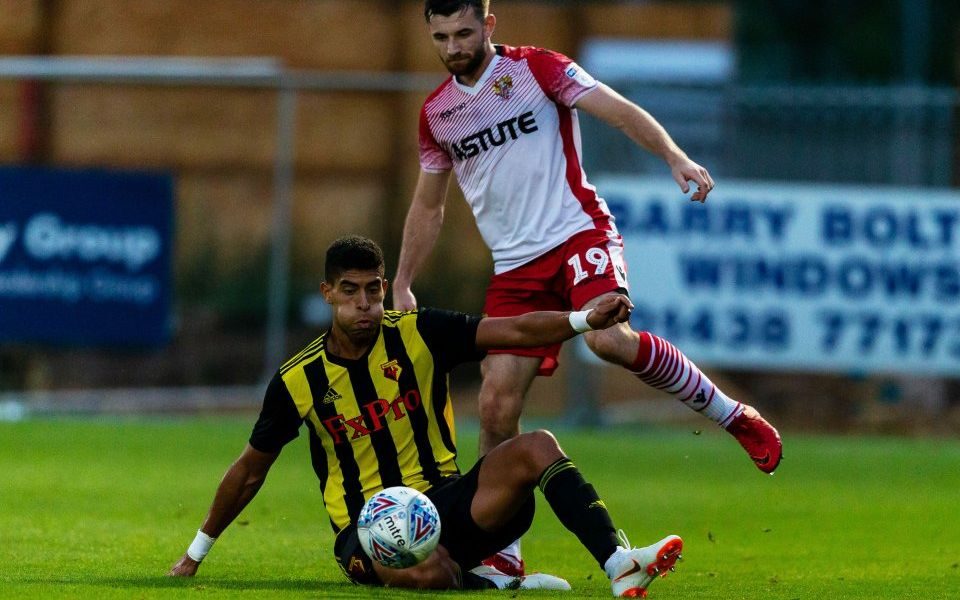 For clubs scrambling to scale the ultra-competitive English football pyramid it can pay to go against the grain.

Ambitious Stevenage FC are doing just that with an innovative equity offering designed to give them a leg up into League One and, later, the Championship.

Chairman and majority owner Phil Wallace hopes to raise £1.2m by selling 12 per cent of the club, which, uniquely, is being made available online via sports crowdfunding platform Tifosy.

“This has never been done before, so it’s something different. I like doing things that are different,” Wallace tells City A.M.

Read more: How digital is helping Watford punch above their weight

Stevenage, who only reached the English Football League for the first time nine years ago, finished 10th in the fourth tier last season, missing out on a place in the promotion play-offs by one point.

The share issue is intended to boost the budget for player transfers and wages over the next two years in the hope of achieving a return to League One, where the Hertfordshire outfit spent three seasons until 2014.

“I think [£1.2m] is just enough as a bare minimum. Any less and you probably won’t make a difference; any more and you’re starting to eat into my shareholding,” adds Wallace, who currently owns 98 per cent of the club.

While that investment may only be enough for one promotion, Wallace says the impact of improved results on attendances and player trading can create a virtuous cycle that increases income. “What you’ll have is momentum. It’s a self-generating thing.”

The potential rewards for investors are significant. Promotion to League One would trigger a 25 per cent dividend, with a further 75 per cent dividend if they were to reach the Championship, meaning shares will pay for themselves if Stevenage realise their ambitions.

With an entry point of £1,000 for 40 shares, however, Wallace says the offering is aimed more at “City people, financially astute people” than the club’s supporters.

“There will be a degree of fan interest in share ownership, but that’s not who it’s aimed at,” he adds. “It’s great that they can come in but I think the money will come from high net worth individuals or companies that see a high-risk, high-return bet.”

Wallace, who has overseen Stevenage’s rise since saving them from liquidation in 1999, worked with Tifosy to raise £600,000 for stadium improvements through English football’s first online bond in 2017.

The platform, co-founded by former Chelsea and Italy striker Gianluca Vialli, has since helped Norwich to generate £5m for a new academy project via a mini-bond scheme.

Former stockbroker Wallace, now boss of food importer and exporter Lamex, decided to partner with Tifosy again after the company created a secondary market on which Stevenage’s new shares could be traded.

He adds: “No one’s ever done this before – to be able to get such a high return on your money in a high-risk investment, to be able to trade shares between a willing buyer and a willing seller – and we want to get as many people out there knowing about it as possible.”