Stepping outside: Exterion Media CEO Shaun Gregory on the future of out-of-home advertising 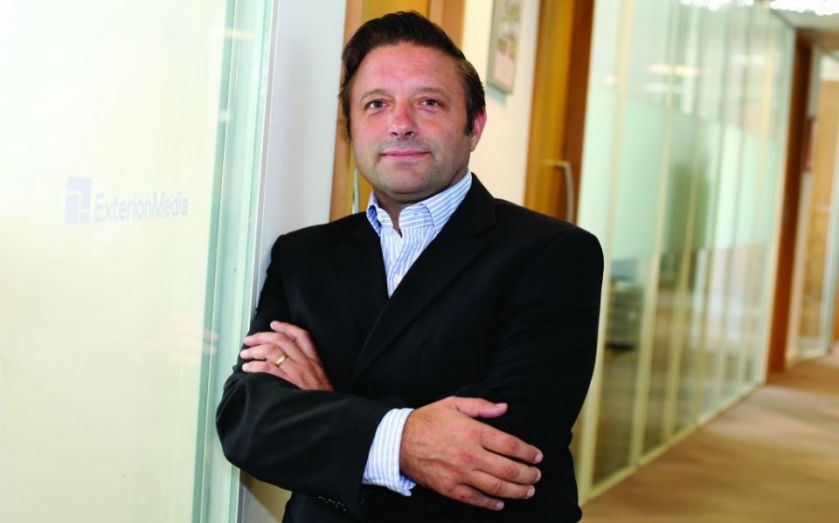 You've almost certainly seen an Exterion-owned ad site today – dozens, actually. They’re smattered all over the inside of London’s Tube stations: up and down the escalators, on platforms, inside the carriages, as well as on the sides of the capital’s buses.

Social media and content marketing have predictably drawn the bulk of column inches in commentators’ 2015 look-aheads, but the traditional billboard is undergoing a quiet renaissance in major cities across the globe – after all, people still go outside in the digital age. Shaun Gregory, Exterion’s chief executive, tells City A.M. what to expect next year from out-of-home (although he hates the term), and why agency partnerships are the future.
Is out-of-home (OOH) undergoing a renaissance?
If you track the performance of the medium over the last five to 10 years (and I don’t like the phrase “OOH” by the way), you see continued growth at a time when others have suffered at the hands of the tech explosion.
And looking at the amount of time consumers spend outside of their home (which varies between 30 and 40 per cent depending on the region) against the share of ad budgets that OOH accounts for, there’s an imbalance. The medium still only accounts for a single-digit percentage of ad spend, meaning there’s a huge opportunity for future growth.
What’s likely to drive this growth?
The trend towards urbanisation is big, and so is the amount of innovation we’re seeing in the sector. For example, we’ve done some work looking at the future of bus advertising, using Beacons and location-based technology to connect with people’s smartphones. You can go beyond one-dimensional forms of communication.
But it’s not all about digital screens – only a quarter or so of outdoor spend is currently digital, and there’s a lot you can do with good old-fashioned posters. I’ve seen some great campaigns, including a recent Fiat one, that gave you an iconic, static piece of communication about the vehicle, and then allowed you to explore inside the vehicle on your smartphone.
What’s wrong with the OOH label?
Consumers have moved on, things have completely changed in the past 15-20 years. The majority of brands and agencies want to talk about engagement these days, about leveraging technology, gamification and the like. We’re trying to build a company that’ll be fit for purpose in a decade’s time.
Specifically, what does that mean?
Mobile in particular gives us the opportunity to change traditional campaigns. And it’s about more than just digital. The change in consumer engagement is across the whole estate, not just new screens. It’s part of the reason that we’ve launched a number of different partnership programmes with other types of agency. It’s essential if you want to go to the brand with an array of specialisms to increase consumer engagement.
Is it difficult to make these agency partnerships work?
There’s a lack of collaboration in the media sector, probably because it’s built around competitive tenders – we’re not conditioned to work together. But you’re starting to see people with different technologies talk about the same things, and for me it’s only a matter of time.
Share:
Tags: NULL