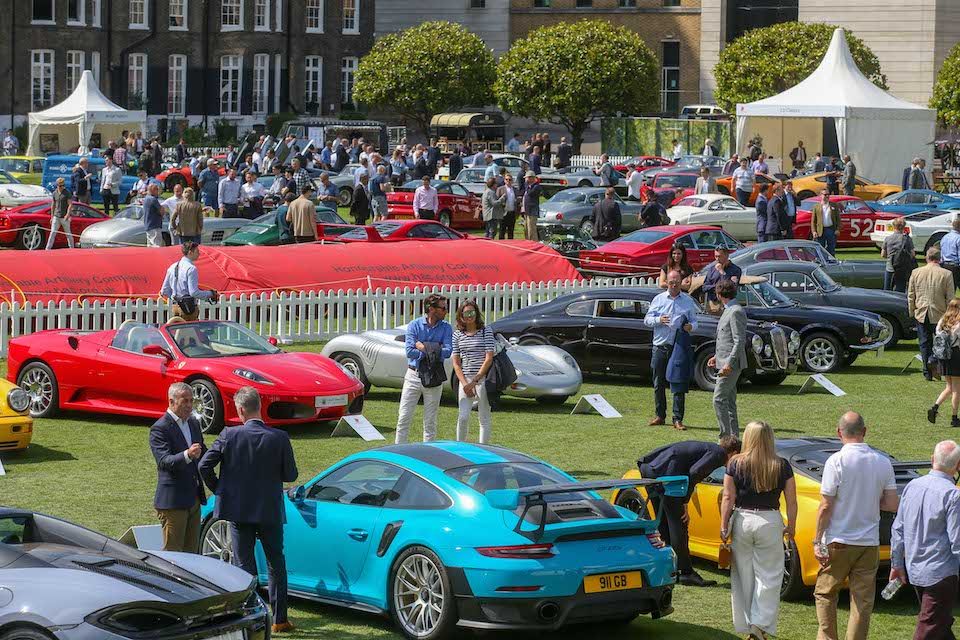 Thousands of City motorheads are gearing up for a luxury car show in the Square Mile later this week.

FTSE bosses, top investors and even a mystery rockstar are on the guest list for this year’s London Concours event, where over a hundred iconic cars worth in excess of £70m will be on display.

Rare Ferraris and Mclarens will be among the prestigious car fleet on show along the green laws at the Honourable Artillery Company’s Finsbury Barracks on Wednesday and Thursday.

The corporate fixture, which also includes a showcase of several luxury yachts and watches, comprises two days of breakfast, lunch and dinner events, as the City’s summer hospitality season gets into full swing.

More than 3,000 people are expected to attend the Square Mile event, which including a number of motoring features such as a a collection of supercars past and present; including McLaren F1 and P1, Ford GT40 and Ford GT, Ferrari 250 GTLusso and GTC4Lusso.

"London is steeped in history; an epicentre of luxury and a global powerhouse of the finance industry. But, we felt it had always been missing the world-class car show it deserves, which is exactly why we established the London Concours," said Graham Clempson, chairman of the London Concours and a private equity veteran.

Clempson, founder of invesmtent management firm Quartic Capital and previously co-founder and European managing partner of MidOcean Partners, added: "Now in its third year, the London Concours is a gathering of privately-owned exotic classic and performance cars of all eras; it’s a collection the likes of which you’’ll never have before seen anywhere in London."