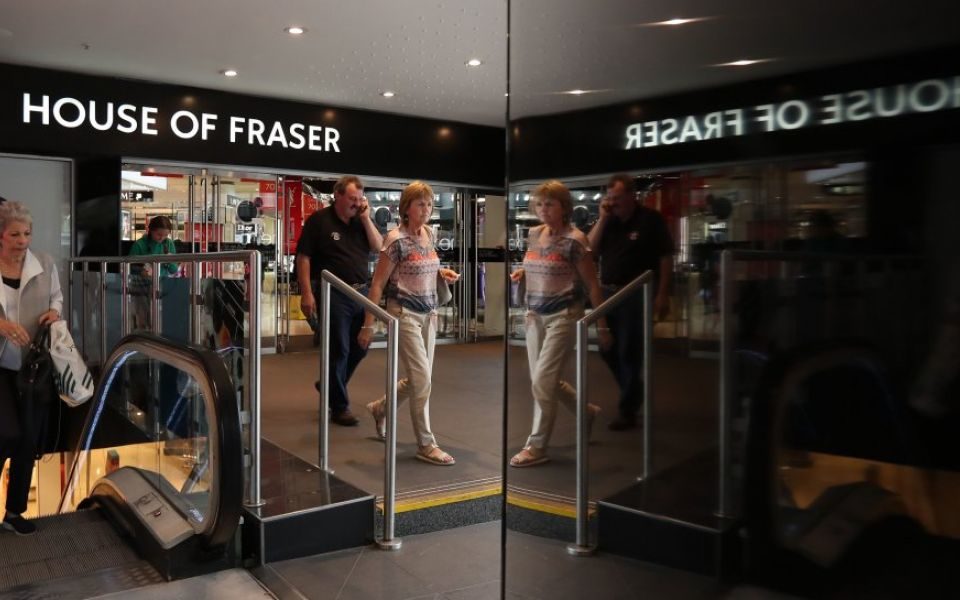 Mike Ashley's Sports Direct has slammed "greedy landlords" as the group conducts discussions over the future of 59 House of Fraser stores.

Several branches of the department store chain which were due to close in early 2019 have been given a reprieve after the new owners negotiated with landlords.

But the fate of several shops is still unclear as Sports Direct said today that "time is running out" to come to agreements.

"Some landlords are being very collaborative in order to give us a chance at turning the business around, giving House of Fraser a lifeline and saving hundreds of jobs," a spokesman said.

"However, some greedy landlords would rather see the stores close than help save the jobs of hundreds of people."

Agreements have already been struck to keep the Oxford Stree, Plymouth and Darlington branches open. It is understood that Sports Direct has been seeking cut-price rents to keep the stores running and in some cases has offered to pay business rates and a service charge but no rent.

Chief executive Melanie Leech said “What has been taking place is negotiations between House of Fraser and its landlords – a two-party process – where each party will have its own interests and one party simply can’t cry ‘unfair’ in the media when it doesn’t get what it wants.

"Many property owners are investing in and managing property on behalf of pensioners’ savings, and depend on occupiers being able to pay rent. The long-term health of our high streets also depends on this. There will be a range of factors to consider on a store-by-store basis but what property owners won’t be doing is simply leaving stores empty for the sake of it, that would be in no one’s interests.”

House of Fraser collapsed earlier this month owing millions to creditors. Sports Direct bought the company out of administration for £90m, promising to turn it into the "Harrods of the high street".