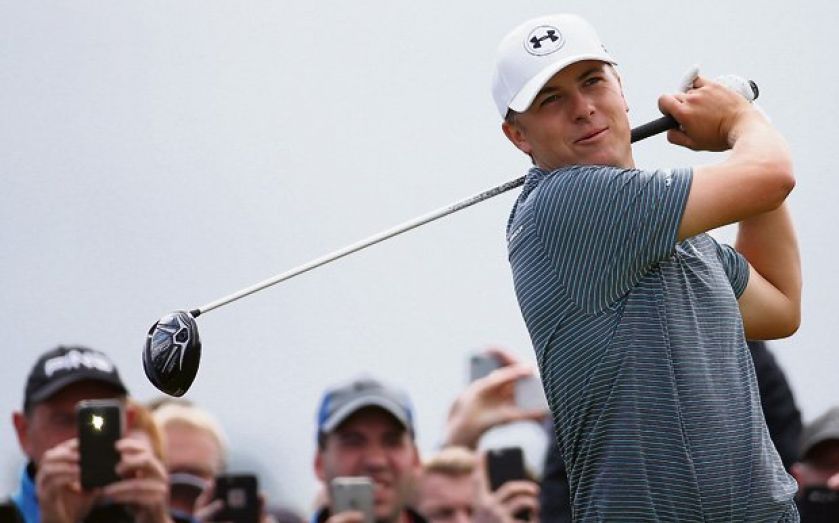 OPEN favourite Jordan Spieth has revealed he turned to a video simulation of St Andrews after leaving himself short of practice rounds for the year’s third Major, which starts today.

Spieth – aiming to land the third leg of a grand slam, having already won the Masters and US Open – only touched down in Scotland on Monday, having opted to play in the United States last week.

To compensate, the 21-year-old – yet to play St Andrews in his short professional career – resorted to home technology, although he insisted yesterday he feels ready to face the Old Course.

“I have a full swing golf simulator at my house and I figured why not play the Old Course since we’re heading there?” he said. “But it’s still not the same as being here and preparing. The course was a lot easier with 68 degrees and no breeze coming out of the air-conditioner in that room.”

Spieth, who plays the first two rounds alongside fellow American contender Dustin Johnson and Japan’s Hideki Matsuyama, admits he is suffering from travelling on the eve of the tournament.

The Texan also conceded he had missed out on practising St Andrews in bad weather, but defended his decision to play the John Deere Classic, which he won on Sunday to claim a fourth title of 2015.

“I wouldn’t have played last week if I didn’t think I’d be 100 per cent by the time we started here,” he added.

“The hardest part is definitely jet lag and probably the fact that we’ve had perfect weather playing this golf course, so it seems a little easier than I think it’ll play.”

Spieth tees off at 9.33am, while English hope Justin Rose, three-time winner Nick Faldo, 57, and American Rickie Fowler, who claimed his second win of the season at the Scottish Open on Sunday, start at 2.45pm.