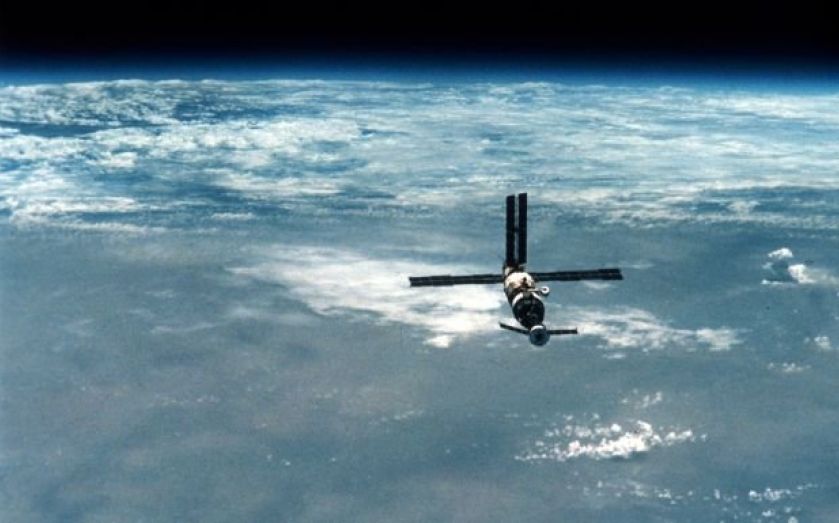 A strange vehicle floating above our atmosphere could be Russia's first piece of space weaponry launched since the end of the Cold War.
Called Object 2014-28E, it has been making unusual movements towards other Russian space vehicles over the past few weeks, and last night it was spotted moving over Guatemala.
It is now being monitored by Norad, the US Military space defence command, since no one can work out for certain what it is.
On the one hand it could be nothing more than a civilian project to help clean up space junk, or a craft for refuelling Russian satellites already in space.
But another, more sinister theory, is that it has been designed to damage satellites belonging to other nations, such as those of the US. In other words, it could be a “satellite killer”.
Patricia Lewis, research director at think-tank Chatham House, told the FT: “It could have a number of functions, some civilian and some military. One possibility is for some kind of grabber bar.
“Another would be kinetic pellets which shoot out at another satellite. Or possibly there could be a satellite-to-satellite cyber attack or jamming.
She added that as long as countries are adopting military methods of attack on the ground, there is no reason why this shouldn't extend to space. “It would be odd if space were to remain the one area that [militaries] don’t get their hands on,” she said.
It was only last week, after all, that hackers linked to the Chinese government infiltrated US federal weather satellites.
The fact that Russia has not declared the launch of this mysterious object has exacerbated fears of a revival of the Kremlin's former project to destroy satellites. During the Cold War, Stalin introduced a project called Istrebitel Sputnikov for just this purpose, and sent military vehicles into space to damage US satellites.
The project came to an end in 1989 when the iron curtain fell – a time when many of the clandestine research projects Soviet and US engineers were working on were closed down.
But Russian military officials publicly stated that they would restart research if their relations with the US over anti-missile defence treaties deteriorated.
Given the many sanctions the West is currently placing on Russia due to its involvement in the Ukraine crisis, it seems like the time is ripe for Moscow to take up its space weapons once more.