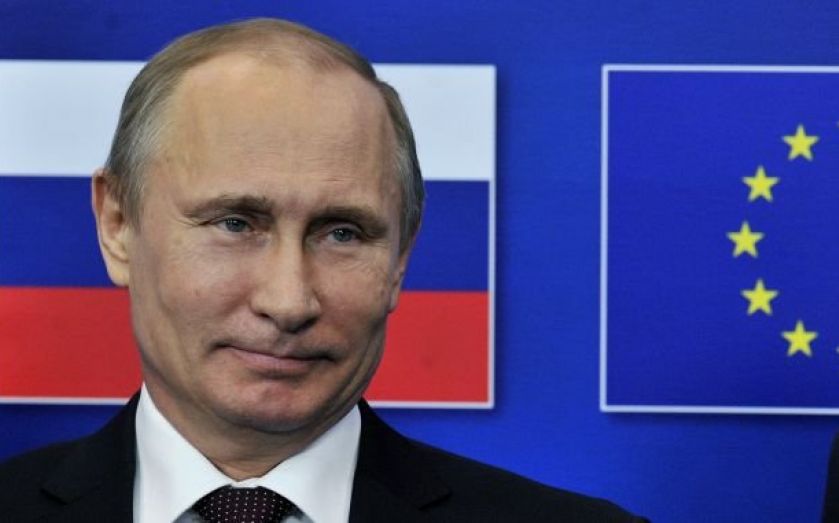 Russia has upped its game in the race to become a space superpower.
Today, President Vladimir Putin announced that he was hastening Russia's efforts to build a multi-billion dollar spaceport in the East of the country.
Since the collapse of the Soviet Union in 1991, Russia has relied on the Baikonur cosmodrome in Kazakhstan to send missions into space, but by speeding up construction of the spaceport Putin hopes to rid Russia of its dependence on former Soviet Union republics once and for all.
"Our own space infrastructure and modern network of cosmodromes will allow Russia to strengthen its standing as a leading space superpower and guarantee the independence of space activities," he said at Vostochny, near Russia's border with China.
"In the future, the capacity of the cosmodrome will be expanded … to be used to realise program to explore the Moon, Mars and other space objects.”
But he added that Russia is not progressing as fast as it should be. He said that double the number of workers were needed at the construction site, and that construction was three months behind where it should be at this point.
Around 100bn roubles have already been pumped into the spaceport's construction, and a further 50bn have been set aside to carry the project through 2015. This is a sizeable sum when considering the negative impact that Western sanctions are having on Russia's economy.
Deputy Prime Minister Dmitry Rogozin said that even though the county was going through financial difficulties, it would continue to pursue its investment in space. "Despite the decrease in budgetary funds and the pressure on Russia from sanctions, this plan is unchangeable,” he said.
It is not the first step taken by Russia this year to establish itself in the space industry. In July, it launched its first new design of space rocket built entirely within post-Soviet Russia's borders.
A race to send tourists into space?
In 2011, the US built what has been described as “the world's first purpose-built commercial spaceport" in the Jornada del Muerto desert basin in New Mexico. It's users include Virgin Galactic, SpaceX and UP Aerospace.
The UK has followed suit and is planning to complete the build of its first commercial spaceport by 2018, in anticipation of an increase in demand for space tourism and a growing space plane industry. Government officials predict there will be orbital launches from it within the next 15 years, and expect the UK's space tourism market to be worth $65m each year by 2030.
With its dedication to becoming a major player in the space industry, perhaps Russia will be next to jump on the space tourism bandwagon.
Share:
Tags: People Vladimir Putin