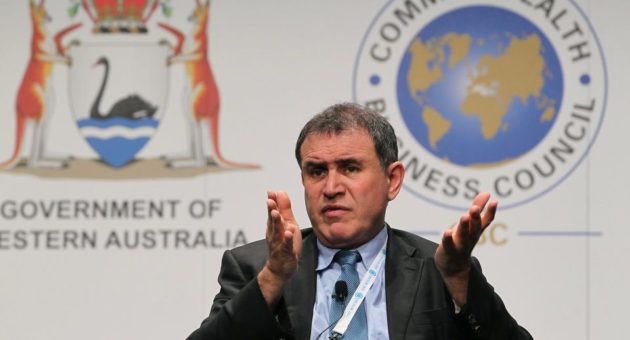 Here are some of the trends from CES 2017

If CES 2017 is anything to go by, this will be quite a year for consumer technology.

While I didn’t see any brand-new, game-changing products (most of the technology prevalent at the show has existed in one form or another for a few years now), it’s starting to feel like the future we’ve been promised for a while now is starting to be realised.

The product that really stole the show at CES 2017 (at least in so far as its pervasiveness) was Alexa – and this means that privacy law issues are similarly likely to come to the fore.

Amazon’s voice assistant has found her way into a vast array of the products, which I saw (either built in or through integration), from LG’s Smart InstaView Refrigerator (which plays music, lets you check whether you’re out of milk and shows you recipes) to Ford cars (allowing you to use voice control to turn on the heating and set your music playing before you even arrive back from work).

With the Global Intelligent Virtual Assistant Market expected to reach $3.6bn by 2020, it looks like Amazon will be taking a substantial slice of that pie (a pie cooked in a voice controlled smart oven, of course).

Central to Alexa and the other virtual assistants is “always listening” technology. Without this, the assistant could never be truly hands free (as otherwise a physical button would be needed to let the assistant know you wanted to issue a command). But this does mean everything said within earshot of the device is checked to see whether it is the trigger word (in the case of an Amazon Echo “Alexa”, “Amazon” or “Echo”).

This isn’t as scary as it may first appear: the majority of what is overheard is not recorded or transmitted. It’s only on hearing the trigger word that the recording starts and what the device hears is sent to the cloud, deciphered and interpreted and an appropriate (or at least what the algorithms determine is an appropriate response) is sent back to you.

But, what data is transmitted to the cloud? This is where those privacy issues arise: there may be sensitive personal information contained in what your assistant has heard (particularly if your smart assistant was mistaken in hearing a trigger word) which you might not want a big company to have.

Taking data transfer out of the service would just not be compatible with how these services currently operate. Instead, companies will need to focus on winning the hearts and minds of users, and ensuring security and proper use of their data.

The prevalence of automotive companies at CES 2017 was striking. It seemed like all of the major car companies had some sort of presence, exhibiting their latest electric and self-driving vehicle technologies. This latter area is one in which it feels technology will soon run up against what the law currently allows.

Legal and regulatory hurdles will need to be overcome before self-driving dreams are fully realised, though the Modern Transport Bill (due to be published early this year) will hopefully see the UK taking the lead on realising this technology.

One of the most eagerly anticipated cars at CES 2017 was the Faraday Futures FF 91 – an electric SUV capable of 0 – 60 mph in 2.39 seconds and 378 mile range. Don’t expect to see one on the roads any time soon: currently only demonstration models exist with commercial scale building (optimistically) due in 2018. At least the wait gives time to save the almost certainly eye-watering amount of money required to purchase one.

Hand in hand with digital assistants go “smart” devices. The “Internet of Things” has been a buzzword at CES for a number of years, and this year was no exception.

Many smart devices do have the potential to make consumers lives that little bit easier and sometimes even safer, but a fundamental issue with anything connected to the internet is security.

We’ve seen countless press reports over the past year of hackers gaining access to connected devices (from lightbulbs to cars). Hacking a car and deactivating its breaks is clearly dangerous.

Addressing security issues is something companies in this space will need to take seriously to succeed.

I also had some time to experience the buzz of the startups at Eureka Park. I saw a KiOne automated finger demonstrating swishing at smartphones just as your finger would, eBlocker’s plug & play privacy solution hiding IP addresses and blocking adverts (and causing nightmare for marketeers in the process), some really cool Kino-mo 3D holograms as well as a host of further virtual reality developments.

With plenty of new tech solutions on offer, overcoming the corresponding legal issues will take tech companies of all sizes one step closer to bringing the future of consumer tech to life. Now, “Alexa, what’s in the fridge?”