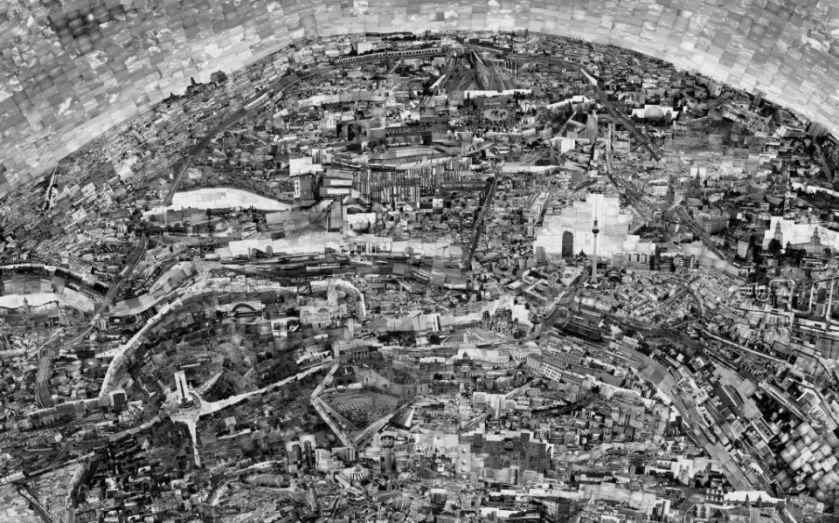 The ancient art of map-making is hardly an art at all; minute precision and scientific attention to detail are the sacred virtues of the cartographer. But imagine a map of a different kind, one that reveals not the brute fact of a city’s physical landscape but the energy of its bustling streets. These are the kind of maps made by Japanese photographer Sohei Nishino. Traipsing around the world’s major cities, Nishino photographs famous landmarks, forgotten nooks and crannies, skies and rivers before meticulously developing the negatives and weaving them together to make the detailed collages that he calls his “Diorama Maps”.
The large-scale works crowd and swirl with chaotic energy, capturing perfectly the inscrutable order of modern cities. They wouldn’t, however, be much help navigating from street to street; geographical accuracy is all but dispensed with. That said, each map is unmistakably the city it depicts, with familiar landmarks visible amid the melee. Nishino says of his images,“Through the eyes of an outsider [the Diorama Map] will be the embodiment of how I remember the city, and a diary of the streets I walk”. 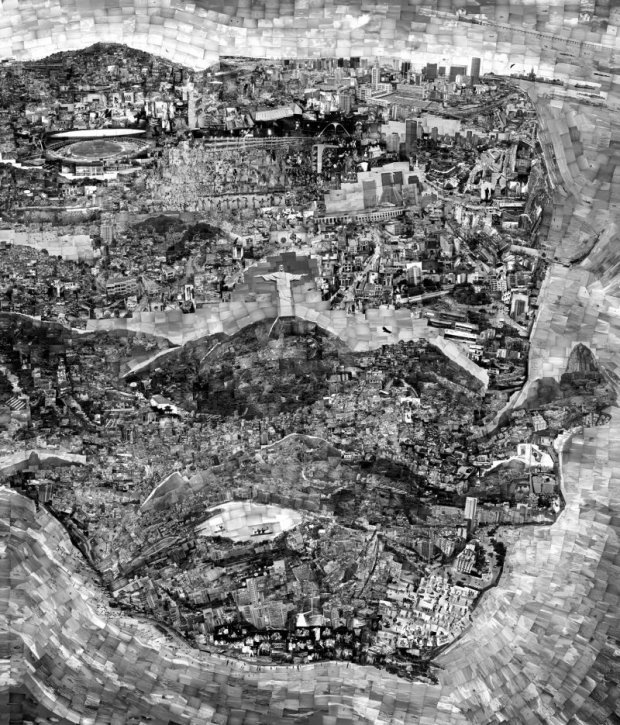 Born in Hyogo in 1982, Nishino went on to study at the Osaka University of Arts where he found he was often more interested his peers’ portfolios than their polished final pieces. It was this taste for the complexity of the bigger picture, combined with his love of walking and his admiration for the legendary Japanese map-maker Tadataka Ino that first inspired to him to embark on the Diorama Maps series.

His first, Osaka, was completed in 2003. For a month he wandered the city’s streets taking pictures. After shooting over 150 rolls of film, he spent the next three months cutting and pasting the images together with only his memory as a guide. The result was part map, part visual diary; an evocation of the city rather than a reliable record of how it is organised.

Sohei Nishino: New Dioramas, will be at the Michael Hoppen Gallery from 30 October to 7 January