Nicola Sturgeon: SNP will be the main opposition to Conservatives 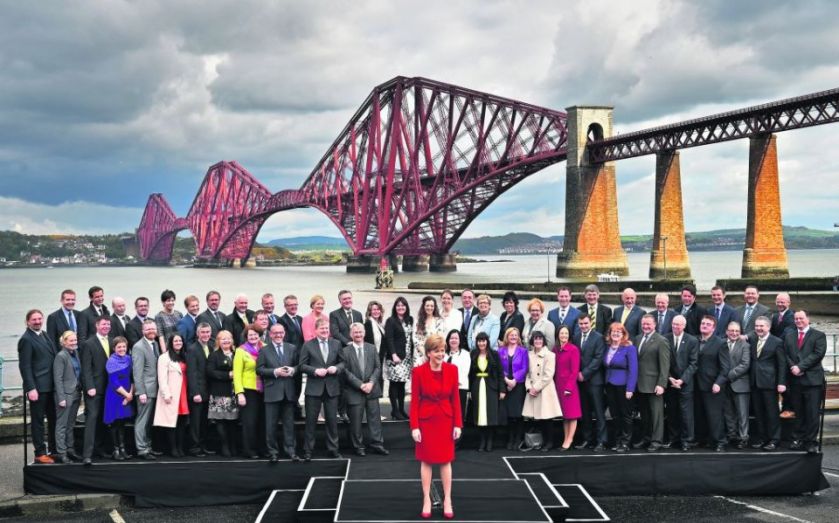 Nicola Sturgeon rubbed salt into the Labour Party’s wounds yesterday, arguing that her Scottish National Party (SNP) is now the real opposition to the Conservative government. “Given that Labour are entering a period of introspection, questioning their very purpose in life – the SNP is going to be the principal opposition to the Conservatives,” she said. Sturgeon’s party won 56 out of a possible 59 seats in Thursday’s General Election, campaigning on an anti-austerity platform. She told the BBC: “We will seek to make sure that those issues that we put at the heart of the campaign go to the heart of the Westminster agenda.” Following the collapse of the Liberal Democrats to just eight MPs, the SNP will now be Westminster’s third-largest party. Members will get greater access to the public funds and parliamentary time that is granted to opposition parties. Scottish Labour was the principal victim of the SNP surge. Its leader, Jim Murphy, was one of those who lost his seat, and has faced pressure to resign. Both the train drivers’ union Aslef, and mega-union Unite, have called on Murphy to quit. A senior Scottish Labour source said: “Jim Murphy and [Scottish deputy leader] Kezia Dugdale have made it clear that they are staying on as the leadership and focusing on the 2016 Scottish election.” [custom id=”10″]