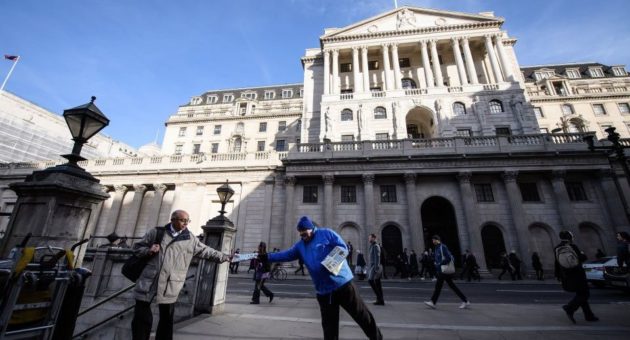 The Scottish National Party (SNP) will seek a “progressive alliance” with the Labour Party if next month’s election leaves no one party with a clear majority, its leader Nicola Sturgeon said today.

The UK heads to the polls on 12 December for an election called by Prime Minister Boris Johnson to try and get a majority in parliament supportive of his Brexit deal.

The SNP said it would ask for a second independence referendum in return for backing Labour in parliament.

The SNP currently holds 35 out of 59 Scottish seats in Westminster.

Polls suggest the party could make further gains, potentially giving it a strong position to negotiate from.

Read more: Half of UK citizens think the country will not exist in a decade

“If there’s a hung parliament … SNP MPs will seek to form a progressive alliance to lock the Tories out of government,” Sturgeon said at the start of the SNP campaign in Edinburgh.

“The SNP is not going to be giving support to parties that do not recognise the central principle of the right of the people of Scotland to choose their own future,” she added.

Scotland rejected independence by 55 to 45 per cent in a 2014 referendum.

Sturgeon has repeatedly called for another independence vote on the grounds that Scotland voted to stay in the European Union in the 2016 Brexit plebiscite.

The Labour Party has not ruled out a second independence vote but said today it was not seeking deals.

“We’re not in this to do anything other than win and we’re not doing deals,” the party’s Brexit spokesman Sir Keir Starmer said.

Senior Labour figures have left open the possibility of a new independence referendum and Sturgeon said the party was getting closer to her stance.

“Labour’s position, I think, on this is moving in the right direction,” she said.

A poll published today showed more than half of UK citizens think the country will not exist in its current form a decade from now.