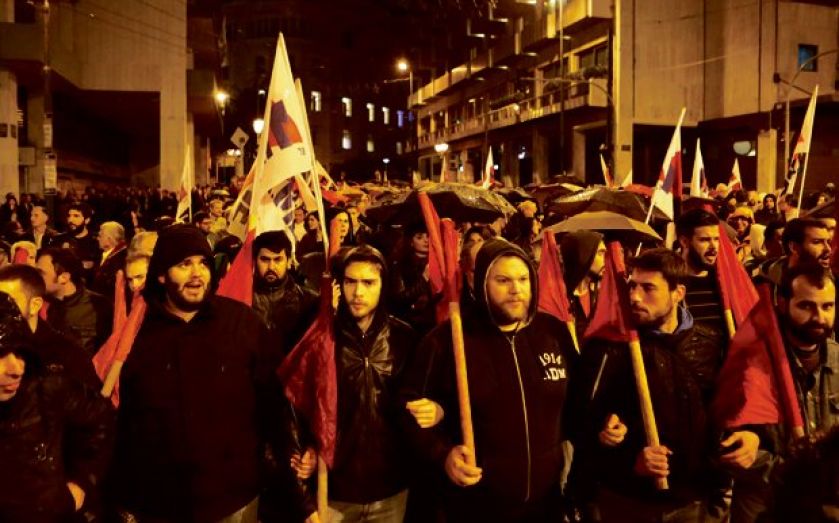 Political instability in Greece has prompted the biggest one-day stock market fall in the country since the 1980s, amid fears that radical left-wing party Syriza could swoop into political office and lead the country out of the Eurozone. Prime Minister Antonis Samaras has announced that a presidential election will be brought forward by two months, triggering panic in the markets which fell by over 12 per cent. The decision follows an agreement to extend the Greek bailout programme by two months. Syriza, the left-wing opposition party, does not support the bailout. Samaras now faces an uncertain battle to ensure his candidate wins political backing. If he fails, a snap election could be triggered which could deliver the left-wing Syriza party to power instead. Syriza wants Greece to leave the Eurozone following six years of recession and financial insecurity. The party is currently ahead in political polls. Former European Commissioner Stavros Dimas has been named as the government candidate, but he will need 200 votes of the 300-strong parliament in order to win, a tall order when politicians remain fiercely divided over the bailout package Greece has received from the Int­er­national Monetary Fund and Eur­ope. The Athens stock exchange fell by over 12 per cent yesterday, with Attica Bank shares falling by over 26 per cent on the news. The National Bank of Greece also fell by 13 per cent. In a note issued yesterday, Barclays analysts predicted “market jitters” if Syriza won a snap election. “Given how consistently strong Syriza has been polling in recent months, it is likely that the party, led by Alexis Tsipras, would come to power if snap elections are called in early 2015, even it is not clear that Syriza would receive the sufficient support to be able to form a government on its own,” Francois Cabau and Antonio Garcia Pascual wrote.