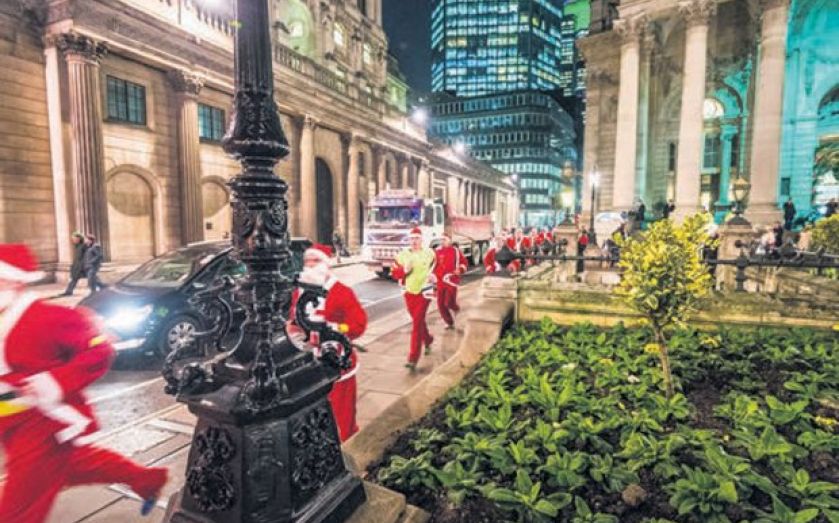 COMMUTERS in the City were treated to a rare spectacle on Tuesday night as hundreds of City workers pulled on red suits and took part in the Santa Dash running 5k for Brainwave.

Teams from JP Morgan, Goldman Sachs and AIG (among others) all fought through the cold in a bid to raise some cash for the children’s charity. Starting at 5.30pm at Spitalfields, the jolly joggers snaked around the City’s landmarks before ending up back at the old market for an after party (lots of mince pies and sherry we hear).

“It was pretty cold but a combination of the Santa suit and having to dodge pedestrians kept us warm,” JP Morgan’s Thom Crow told The Capitalist.