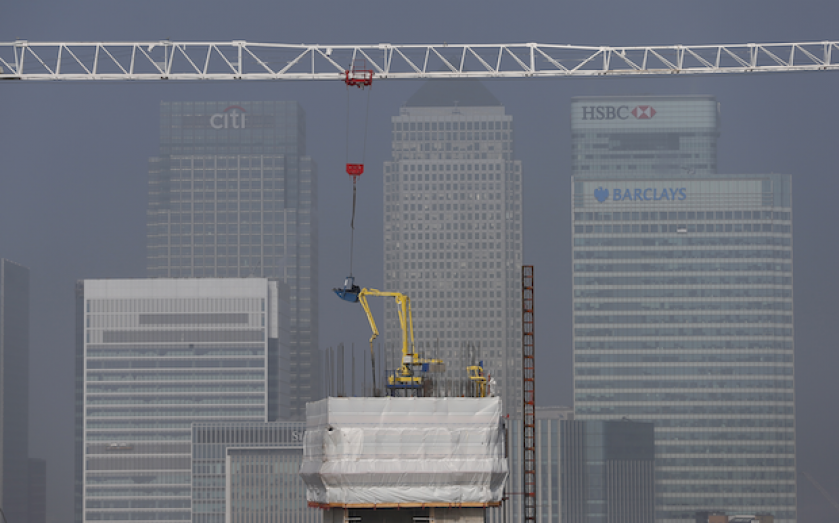 Sir Richard Lambert’s report on banking standards will, he hopes, trigger a big shift in the way banks hold their own behaviour to account as they try to restore their reputations.
His recommendations today have changed slightly since his last update in February, but he has stuck to his call for an independent body, to be known as the Banking Standards Review Council, that can keep tabs on Britain’s financial institutions.
1. No former bankers on the board of the new panel
There will be a panel led by Bank of England governor Mark Carney to approve the body’s new top staff, and it's expected that no former bankers will be involved at this stage. Sir Richard has repeated his insistence that only non-bankers are independent enough to monitor the industry’s behaviour.
“I don’t think this requires great knowledge of the banking world, as they will have a good idea of the role banking plays in the wider world. Plus they have the governor [Carney] there,” he told City A.M.
The panel members will be chosen for their “unquestionable integrity” and recruited once a permanent chairman is in place.
The idea of having scrutiny from outside the financial world echoes the recommendations of the Parliamentary Commission on Banking Standards, which triggered Sir Richard's report.
2. Institutions, not individual bankers, will be members
Sir Richard thinks it is more practical to sign up banks to the Council rather than their employees, as previously mooted. He points out that the Financial Conduct Authority already has a financial services register, allowing proper oversight of individual staff, and the watchdog is introducing a Senior Persons Regime that “will want to know what they had for breakfast”.
Members are expected to bear the £7m to £10m yearly running costs of the new organisation.
3. No regulation of financial training
Sir Richard had envisaged the new body accrediting all bank training programmes, but “it turns out that would be a nightmare and a box ticking exercise”. Instead this will be left to existing industry groups with the Council lending a hand where needed.
4. International banks need to be convinced
The voluntary body already has six UK banks (and one building society) supporting it, since they commissioned the report. Sir Richard says opinions are mixed among global banks with a British presence.
“There’s not a consensus on all this; some of them are positive and want it to go ahead, others say this is a problem with UK retail and not for us,” he said. “But that’s not the case; the shortcomings occur across wholesale and retail and that’s what this outfit needs to cover.”
The new body's oversight will not stretch to the overseas arms of British banks, which “would be impractical”, he added.
5. The Council won’t lobby for banks
The British Bankers Association already exists as a lobbying body – and the new Council is being set up to pick out good behaviour and raise standards, requiring independence. “It won’t go along [to select committees] to defend the banks,” said Sir Richard.
6. The Council will become an integral part of British banking
Sir Richard’s report concludes with an optimistic look at the future, where “bankers are no longer embarrassed to say what they do for a living, and politicians have found other footballs to kick”.
It sets the scene ten years ahead, where the Council is “an uncontroversial fact of life, like the Takeover Panel or the Advertising Standards Authority”, and banks now see good practices as obvious steps to stay competitive against a “swarm of innovative newcomers”.