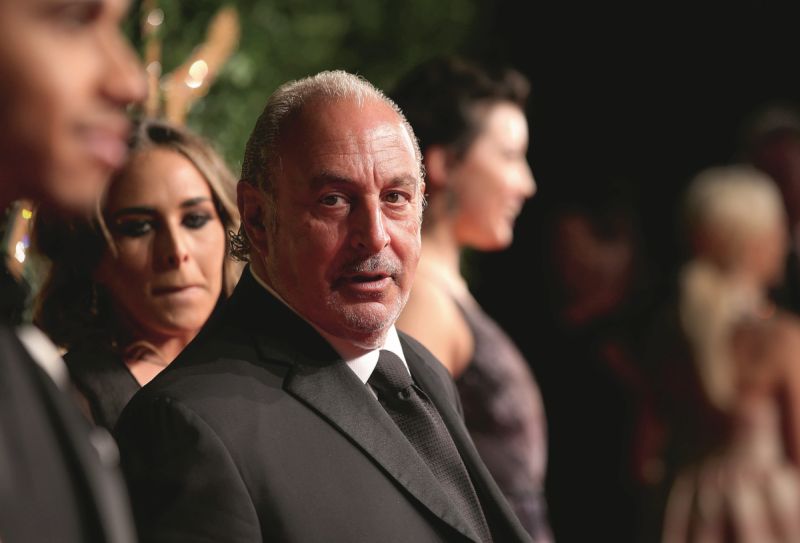 Sir Philip Green must plough another £50m into the pension scheme of his Arcadia retail empire to prevent it collapsing, it is reported.

The Pensions Regulator (TPR) has ordered the Topshop tycoon to add the £50m in addition to £100m his family has already proposed adding to the Arcadia fund, Sky News reported.

But the pensions watchdog wants the overall figure to hit £410m, with existing commitments from Green only totalling £360m.

The former billionaire has already promised £185m from the sale of Topshop’s flagship Oxford Street store and other assets, as well as £75m invested over the next three years.

Discussions over TPR’s demand will continue through the weekend and into next week, sources told Sky.

Creditors including TPR are set to vote on Wednesday on Green’s company voluntary arrangement plans for Arcadia.

But the £50m demand is a deal-breaker for the pensions watchdog, with administration looming large if Green does not win stakeholders’ support.

In recent months Green's Arcadia business, which owns high street brands such as Dorothy Perkins and Miss Selfridge, has been discussing the use of a potential company voluntary arrangement (CVA), a controversial insolvency process used to slash rental costs and close unprofitable stores.

Earlier this month it emerged that the number of stores set to face closure as part of the overhaul would be at least double the 23 previously expected.

Green’s retail group has also been hit by several high-profile departures in the wake of misconduct allegations made against the fashion tycoon.

In February Karren Brady resigned as chair of Taveta Investments, the company behind Arcadia Group, following explosive sexual harassment and racial abuse claims made in The Telegraph against Green, which he denies.

According to the Sunday Times rich list the magnate has lost his billionaire status after seeing his personal fortune halve over the course of the last 12 months, as his business struggles to compete with the likes of online rivals such as Asos and Boohoo.

Green and his wife Tina fell from joint 66th on the Sunday Times rich list to 156th this year as mounting pension debts and tough trading conditions blighted his high street empire.