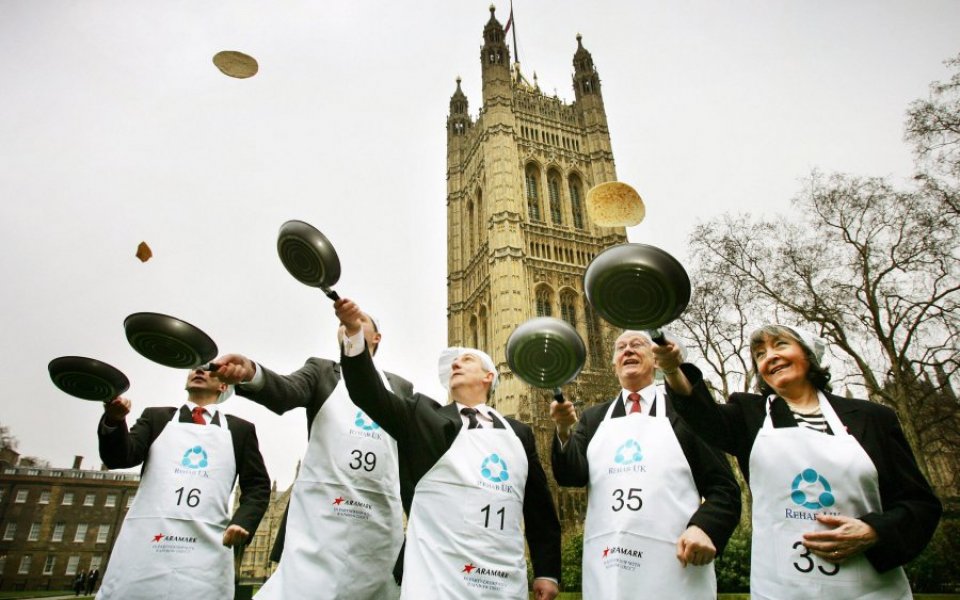 The financial world is spoilt for choice for pancake races to watch today. Whether your interest lies in political manoeuvres or battling banks, there’s something for everyone.

For those who like their pancakes served with pomp and circumstance, the City’s livery companies will be racing each other at a more traditional Pancake Day event in Guildhall Yard.

This is where the individual companies get to shine; the Gunmakers start each heat with a bang, the Clockmakers time the races, the Fruiterers provide lemons, the Cutlers plastic forks, the Glovers the white gloves worn by each runner, and the Poulters the eggs essential in the making of the pancakes.

Meanwhile, over at RBS’ Broadgate offices, two teams are already performing their warm-up exercises as they prepare to compete in the annual Spitalfields Pancake Race.

The City’s political wonks will have already pencilled the annual Rehab Parliamentary Pancake Race into their diaries.

Channel 4’s Cathy Newman kicks things off in Victoria Tower Gardens at 10am today, and will referee proceedings to make sure all the tossers play nice.

The Spitalfields race has had the most interest from City boys and girls; teams from Barclays, Accenture and RBS have all entered.

The Capitalist caught up with Andrew McCallum, one team captain from the Scottish bank, just as they were finalising their costume plan. They’re all going as bananas, apparently. “We wanted to all go as One Direction but that got vetoed," said McCallum. Their team name is Wrong Direction.

“That’s very apt for RBS," said a spokesperson from the race. She has a point. The bank’s share price fell more than four per cent yesterday.