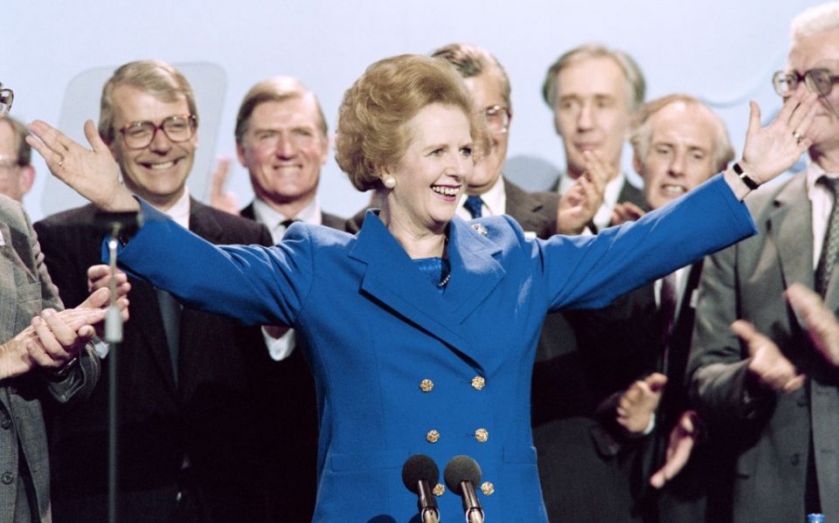 State intervention in all aspects of life has reached a level that, just a few centuries ago, would have been almost unimaginable. Why then have libertarians, those who value the rights and free will of the individual, not been able to inspire people to reject this unprecedented encroachment of the state? To understand why, we must examine how libertarian arguments have strayed from their original underpinnings.
Libertarianism is often associated with the celebration of free markets and the small state. But it is easy to lose sight of the impulse that motivated its emergence. In the late eighteenth century, the label was applied to individuals who held the conviction that human beings possessed free will. Their opponents were labelled necessitarians – who opposed free will.
The late eighteenth century was a time where radical ideas about liberty crystallised in response to the religious, intellectual, economic and political restraints of the Old Order. Through an embrace of free will, libertarian thinkers sought to legitimise the status of individuals and their capacity for the exercise of self determination.
The Ancien Regime and its institutions defending custom and tradition regarded liberalism and its ideals as a perverted violation of the natural order. But it wasn’t merely traditionalists oriented towards the medieval past who sought to discredit the principle of free will and individual rights.
Read more: Are millennials the new Thatcherites?
The nineteenth century saw a veritable army of philosophers and ideologues who sought to undermine the principle of free will through the elaboration of doctrines of determinism. Conservatives like Edmund Burke argued that individual action was circumscribed by the legacy of the past. The argument that society’s destiny was determined by its history was explicitly directed at undermining the “arrogance” of individualists.
Others argued for different determinisms. Nature and natural selection was a widely promoted nineteenth century determinism: free will was a nonsense because people were prisoners of their biology. Others insisted on the power of cultural determinism. At the opposite end of the political spectrum, economic and social determinism prevailed. From this standpoint, the workings of society and the economy determined people’s lives to the point that the capacity to exercise self-determination was an illusion.
The corollary of the doctrines of determinism was the conviction that individuals lacked the capacity to realise their self interest through their action. The claim that people were not able to act in their self interest was used to justify the expansion of the state and its paternalistic policies. Deterministic ideologies were spontaneously drawn towards embracing the state as an institution through which the “excesses” and “limits” of individual action could be corrected.
Read more: Paul Mason and the left's neoliberal economics
Since the nineteenth century, anti-individual doctrines hostile to free will and self-determination have gained significant influence. At the same time, state intervention in economic life has sought to curb the freedom of the market through an expanding regime of regulation. From the twentieth century onwards, the state has expanded its activities in people’s personal lives, and has even sought to manage and influence behaviour in the private sphere.
This steady expansion of state intervention has, of course, provoked opposition and criticism from liberals and libertarians. However, this has often been restricted to reacting to particular manifestations of paternalism. In the 1960s, leftist libertarians reacted against the numerous restrictions – legal and informal – on personal freedoms. Since the 1970s, the cause most frequently associated with libertarianism has been that of freeing the markets from state regulation.
One of the reasons libertarianism has not gained the influence it deserves is that liberals have lost contact with some of the key concerns and passions that led to its emergence. In particular, its fundamental principles of free will and individual rights have remained relatively undeveloped. Sometimes inadvertently, libertarians have strayed onto the territory usually occupied by their deterministic opponents. Many supporters of the free market have embraced the Thatcherite dictum of There is No Alternative – TINA – and unthinkingly assert this slogan. However, if there is indeed no alternative, the idea of free will and of self-determination becomes emptied of meaning. TINA – which is itself a form of determinism – is antithetical to the principle of liberty and of individual autonomy.
The original pioneers of libertarianism boldly declared that there definitely is an alternative as they challenged the old order. Individual libertarians like Thomas Paine promoted an orientation towards freedom that affirmed individual rights and agency with the democratic principles of popular sovereignty. From this standpoint, liberal opposition to the paternalistic state is based on both the value of democracy and of individual self-determination.
The valuation of self-determination and the exercise of autonomy was and remains the fundamental principal of libertarian humanism. The capacity for and the exercise of autonomy is one of the most distinct features of the human. That is why libertarianism is fundamentally humanist and why genuine humanism is libertarian. It is precisely because libertarians trust people and believe in the human potential that their outlook has the capacity to capture the imagination of those who believe that what they do matters. But for this potential to be realised, libertarians need to develop arguments and ideas that are worthy of the ideals they stand for.