Shoreditch summer: This Hoxton treehouse is the perfect office space for the sunny weather 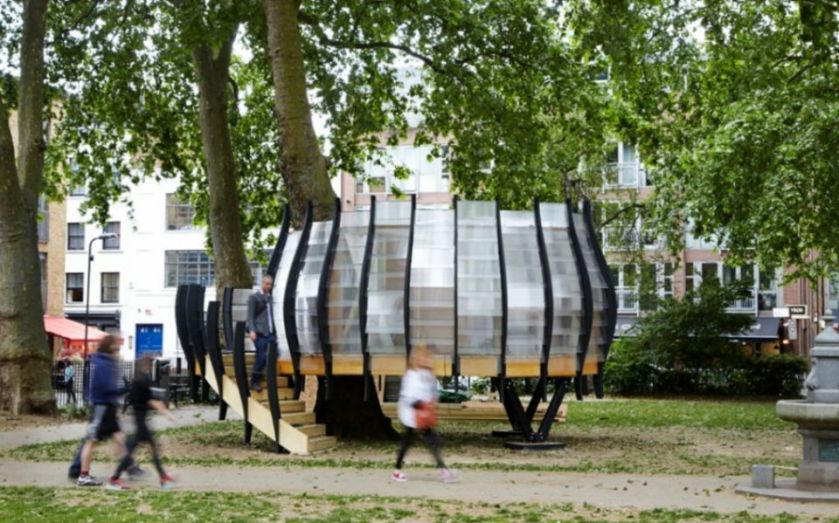 Now summer's here (for one day at least) there's nothing worse than being cooped up inside while the sun streams across the City. Being confined to a cubicle's not much good for productivity, either.

So now the creative folk up in Hoxton have created a new kind of office where you can get your work done and still bask in the beautiful weather.

A treehouse office has landed in Hoxton Square, and will be available for anyone to rent out through the summer months and beyond.

Perhaps HSBC might not be considering it as its next HQ, but the space is perfect for anyone who can get their job done with just a laptop and Wi-Fi, and it makes the perfect spot for that client meeting.

You can book one of the eight desks individually, or the entire space for half a day at a time. You can even make special bookings for events.

The concept space has been created by a group of artists and architects along with Hackney council as part of a project which is seeking to make the most of public parks in the borough. All the money made through renting the space – which is priced at as little as £15 – will be reinvested in the park.

Could the treehouse office be the new pop-up? These things do always start in east London, and workers across the capital will no doubt be hoping the trend takes off – it's one way to get through those tough summer months….