Shoreditch, the Cereal Killer cafe and why everything you think you know about gentrification could be wrong 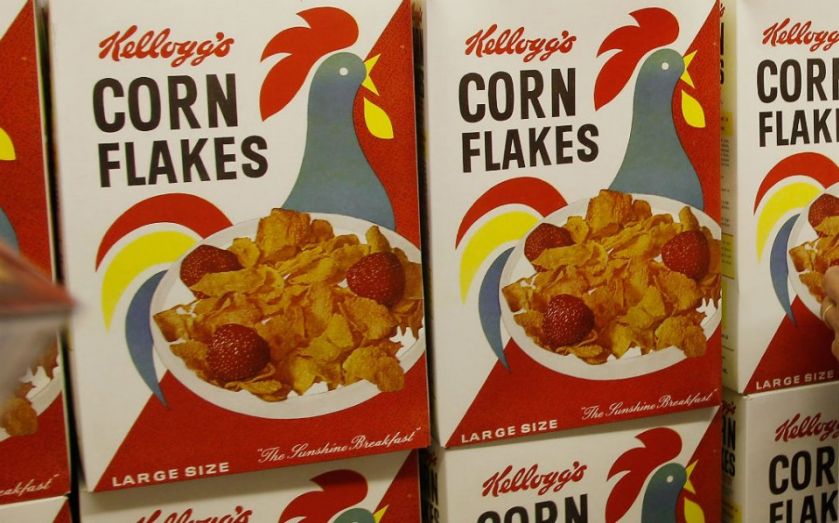 One of London's most controversial shops the Cereal Killer cafe has been targeted by protesters marching against gentrification.

The shop which serves up only dishes of breakfast cereal for around £3.20 a pop was graffitied with the word "scum", while protesters shouted and threw cereal and paint at the store front on Brick Lane.

Cereal Killer has already faced scrutiny over its prices when it launched last year, but it became the target of a group of protesters rallying against "Russian oligarchs, Saudi sheiks [sic], Israeli scumbag property developers, Texan oil-money twats and our own home-grown Eton toffs," according to the Facebook page of the event, which claimed "our communities are being ripped apart".

"We don’t want luxury flats that no one can afford, we want genuinely affordable housing. We don’t want pop-up gin bars or brioche buns, we want community,” it said, the Guardian reports.

However, a recent study suggests that gentrification may not in fact displace the less well-off from areas which experience an influx of pop-up cafes, shiny new estate agents, artisan bakeries, or cafes serving cereal.

“When you look at what’s going on in neighborhoods undergoing gentrification, it’s not necessarily increasing the prevalence of displacement compared to what you find among poor people in other neighborhoods,” researcher Lance Freeman told City Lab.

The study which analysed the nation's movements over almost 20 years using official statistics, in particular around London, found "little evidence of  elevated mobility in gentrifying neighbourhoods" which is perhaps a "counter-intuitive" result, the paper published in Urban Studies notes.

In fact, looking at the movement of working class Londoners, it found they were less likely to leave neighbourhoods that were undergoing a period of gentrification than they were an area that had already become advantaged.

While the research by academics at Columbia University found there was no statistical significance between the movement by different people in different areas – apart from the working class leaving already gentrified areas – they note that the results have to be reconciled with the many first-hand accounts of displacement.

Read more: One chart showing how Shoreditch is changing

It's not the first study to find there may not be a link between gentrification and the displacement of those on lower incomes as first thought. One researcher theorises that rather than being displaced, people have become part of the growing professional and middle classes. Another argues that displacement in non-gentrifying areas is greater because there is more potential profit to be made from property here in preparation for gentrification.

However, the results of many studies on the subject are mixed. This may be down to the different ways of measuring everything from class, movement and even what gentrification itself is, and how these different things work together. Afterall, one man's cereal cafe may be an innovative business idea while it may be another's epitome of hipsterish money over sense.

“It [displacement] is not just something unique to gentrification, or that gentrification is always exacerbating. That doesn’t mean it’s not a problem," said Freeman.