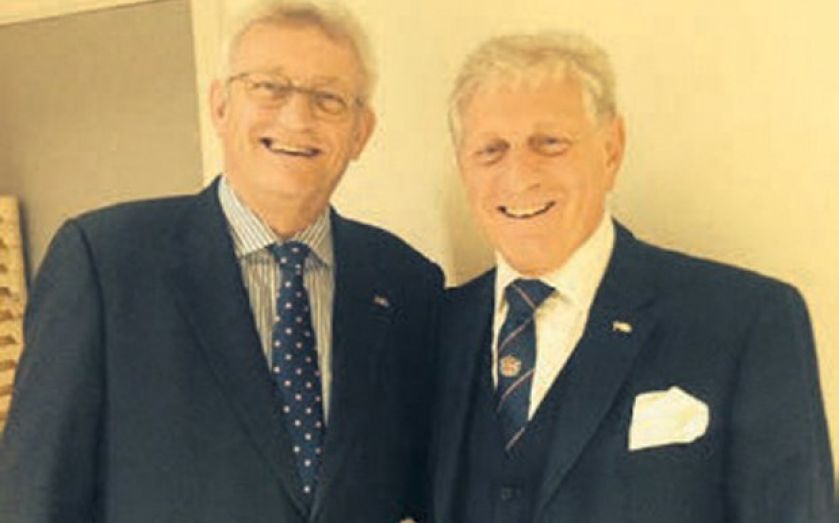 Two City legends were decorated at the annual Stock Exchange Vets dinner in The Grange Hotel last night. Ex-chairmen Les Ames and Bill Sharp, played the perfect (and tall) double act as they received their honorary president titles – while using their old trading floor titles, The Gent and Shirley Temple.

“I’m so proud. I think this the first time I’ve ever been speechless,” Ames AKA The Gent told The Capitalist.

The annual fundraising event, the proceeds of which go towards some 85 charities, saw the City’s oldest friends get together for a night of rowdy celebration. Donations were made, raffles were drawn and a ceremonial gong was fetched from the lobby to help control the excited crowds. The old Stock Exchange ties were out in force, but the sartorial decision of the night went to SVS Securities’ Kyri Panayides who earned a good ribbing for his choice of Royal crest emblazoned velvet slippers.

“As a Freeman of the City, I approve,” Ames reassured him.