Royal Dutch Shell is said to be in talks to acquire BG Group which has a market value of around £31bn.

The report by the Wall Street Journal says that the mega-merger would be one of this year's biggest deal.

Reuters reported both companies were immediately unavailable for comment outside regular business hours.

Oil slumped from about $115 per barrel towards the middle of last year, to as low as $45 per barrel in January, shrinking oil and gas companies' appetites for deal making.

But it's also wrought havoc on the oil and gas sector forcing companies to enact tough cost-cutting measures.

BG Group revealed it had suffered a £5.9bn pre-tax impairment charge mainly due to falling oil prices, as part of the group's full-year results which were released in February.

And Royal Dutch Shell recently said it was cutting 250 North Sea oil jobs as the price of the black stuff plunges. This came after company already announced an additional 250 redundancies in August.

Shares in Royal Dutch Shell and BG Group had closed up 3.9 per cent and 6.3 per cent respectively this earlier this afternoon. 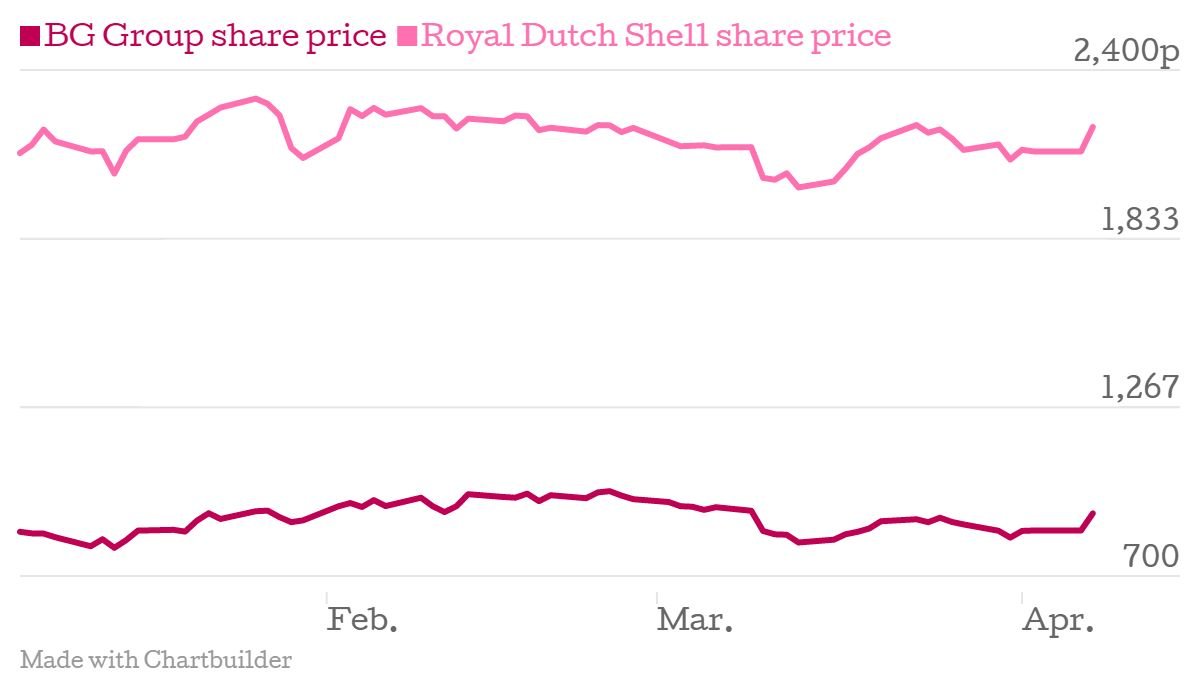