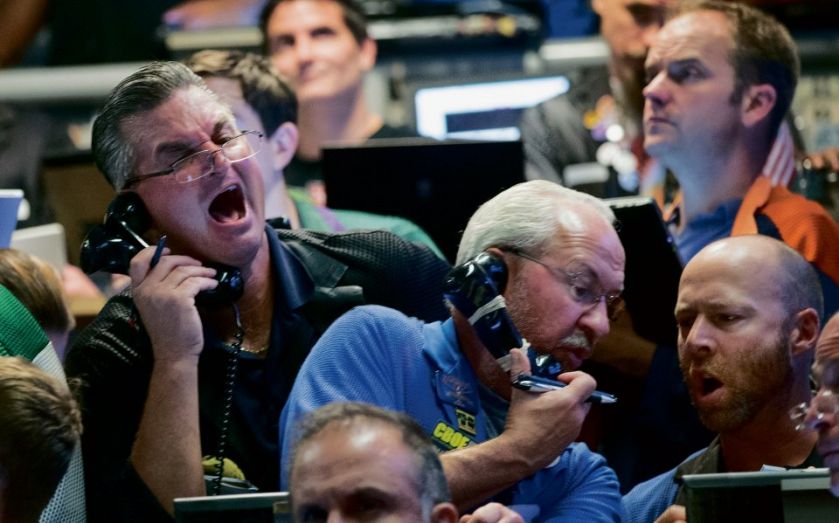 More than one trillion dollars was wiped off the value of the world’s top companies yesterday, as panic on China’s trading floors sent shockwaves through global markets.
Volatility soared to levels not seen since the aftermath of the financial crisis, prompted by renewed fears over the health of China’s economy and a near-nine per cent drop on the Shanghai stock exchange.
In London the FTSE continued a losing run which has become its worst since 2003, recording a 10th consecutive decline by ending 4.7 per cent lower at 5,898.87. Around £72bn was wiped off the index.
The market capitalisation of listed firms in the US, Europe, Japan and beyond crashed by $1.3 trillion according to the S&P Global 1200 index, while shares in China fell by nearly $300bn.

Global markets after the stock crash: 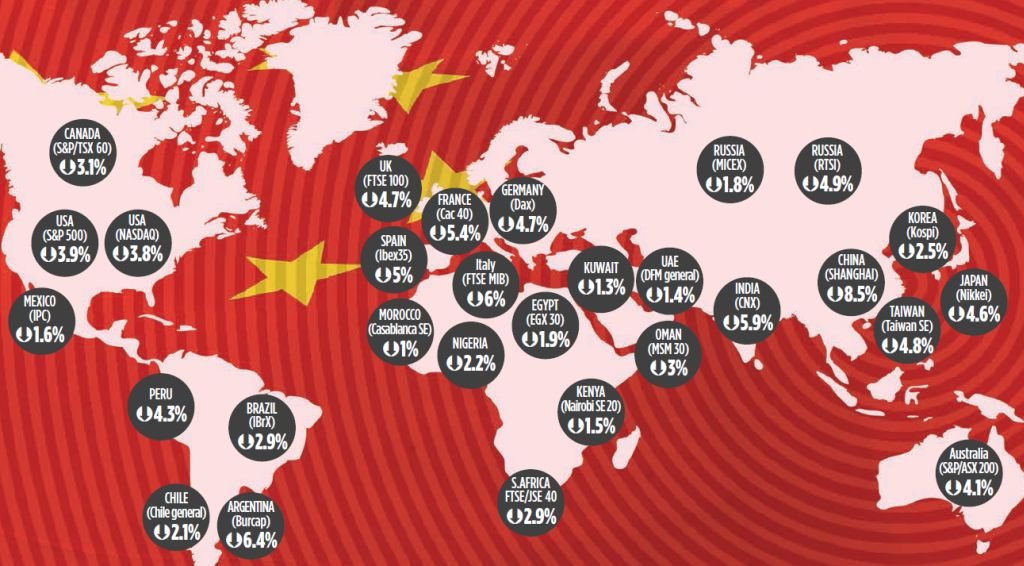 The frenzied trading continued into last night, with the Dow Jones moving over 4,000 points during the day before closing down 3.6 per cent at 15,871.35.
The Dow suffered its biggest points drop of all time upon opening, crashing from 16,459 to 15,454, before fighting back to 16,344 – and then dropping nearly another 500 points in the final three hours.
The Vix index, which records volatility, soared by as much as 90 per cent to a score of 53.29, its highest since early 2009.
Individual companies saw their values bolt up and down by tens of billions of dollars as investors scrambled to make sense of the market chaos.
In a sign of the volatility stalking markets throughout the day, Apple shares plunged by 13 per cent before fighting back to above its opening price in intra-day trading. Yet by the close the global tech giant was down again, closing 2.5 per cent lower.