Supermarkets and food chains went all out for this year’s Veganuary challenge, which encourages participants to ditch meat and dairy for 31 days. Many launched new products, meal plans and websites with information on plant-based diets.

More Britons are trying a vegan diet in January, with non-profit organisation Veganuary seeing a record 500,000 sign-ups to the challenge, which has been running since 2014. YouGov data shows that one in twenty Britons (5 per cent) attempted to go vegan in January, while another 3 per cent already have a plant-based diet.

Among 18-24 year olds, 6 per cent are already vegan, while a further 8 per cent participated in the challenge.

For brands, getting on board with Veganuary can help boost public perception and reach new customer bases.

While vegans make up a small percentage of the population, they are part of a wider group experimenting with meatless or meat-light diets that accounts for over a fifth of Britons (22 per cent), including vegetarians (5 per cent), pescatarians (3 per cent) and flexitarians (13 per cent). About a third of the public also agree that they would like to reduce their meat and dairy consumption.

Marks & Spencer is one of the supermarket chains that invested heavily in their Veganuary campaign this year, which included adding new products to their Plant Kitchen range and advertising on TV and radio. The impact is clear – and is in fact stronger among people considering cutting down on meat and dairy than those who are already doing so.

When the new products launched on the 4 January, the M&S supermarket brand had a Purchase Consideration score of 17.9 per cent among people who want to cut down on meat and dairy. At the end of the month, this figure had risen to 28.0 per cent. Among those already converted, consideration increased somewhat throughout the month, peaking at 28.6 per cent around 21 January, but stabilised again at 24.2 per cent on 31 January – the same as on launch day. 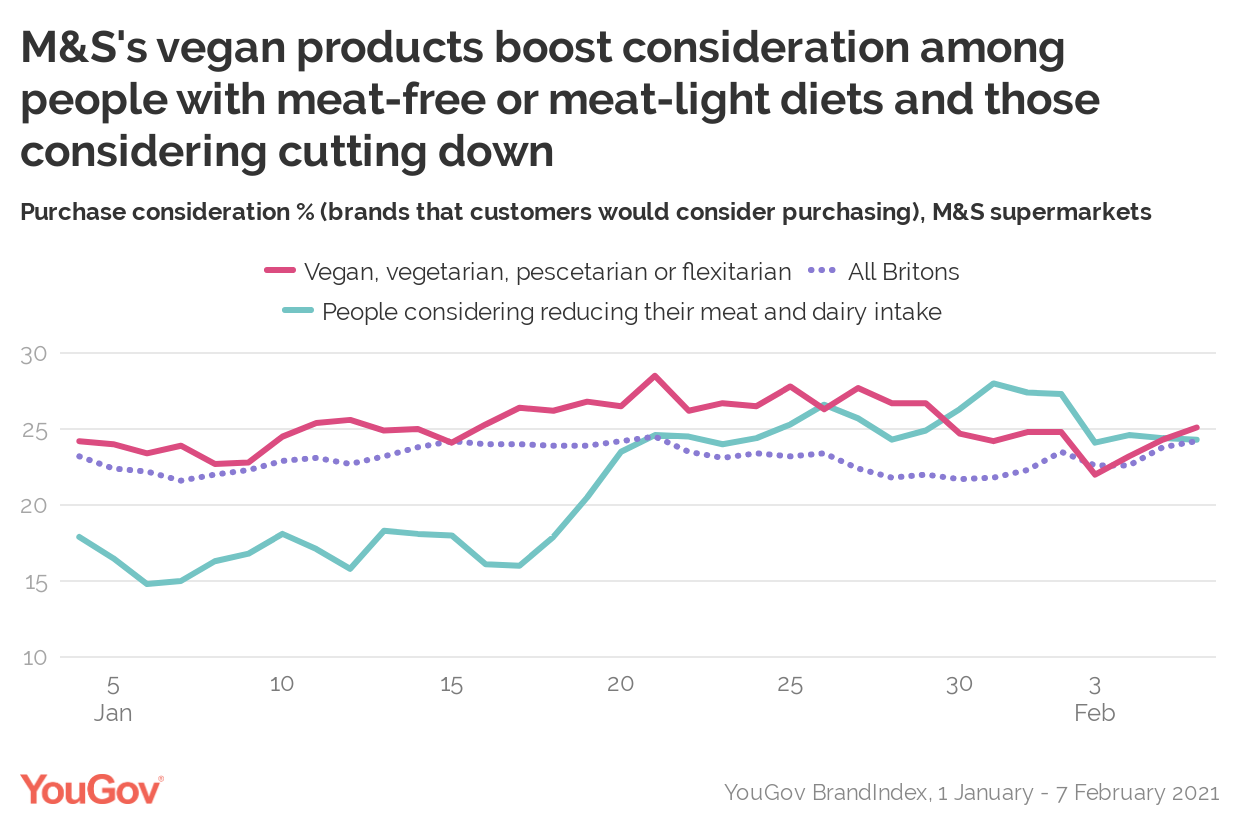 Over the same period, these groups also felt more inclined to recommend M&S products to other people. The brand’s Recommend score among consumers who want to reduce their meat and dairy intake jumped from 28.0 on 4 January to 49.2 on 2 February. Among people with meat-free or meat–light diets, the metric also rose from 26.1 to 37.8.

The figures suggest that while Veganuary has often been dismissed as a fad, brands have much to gain from it. 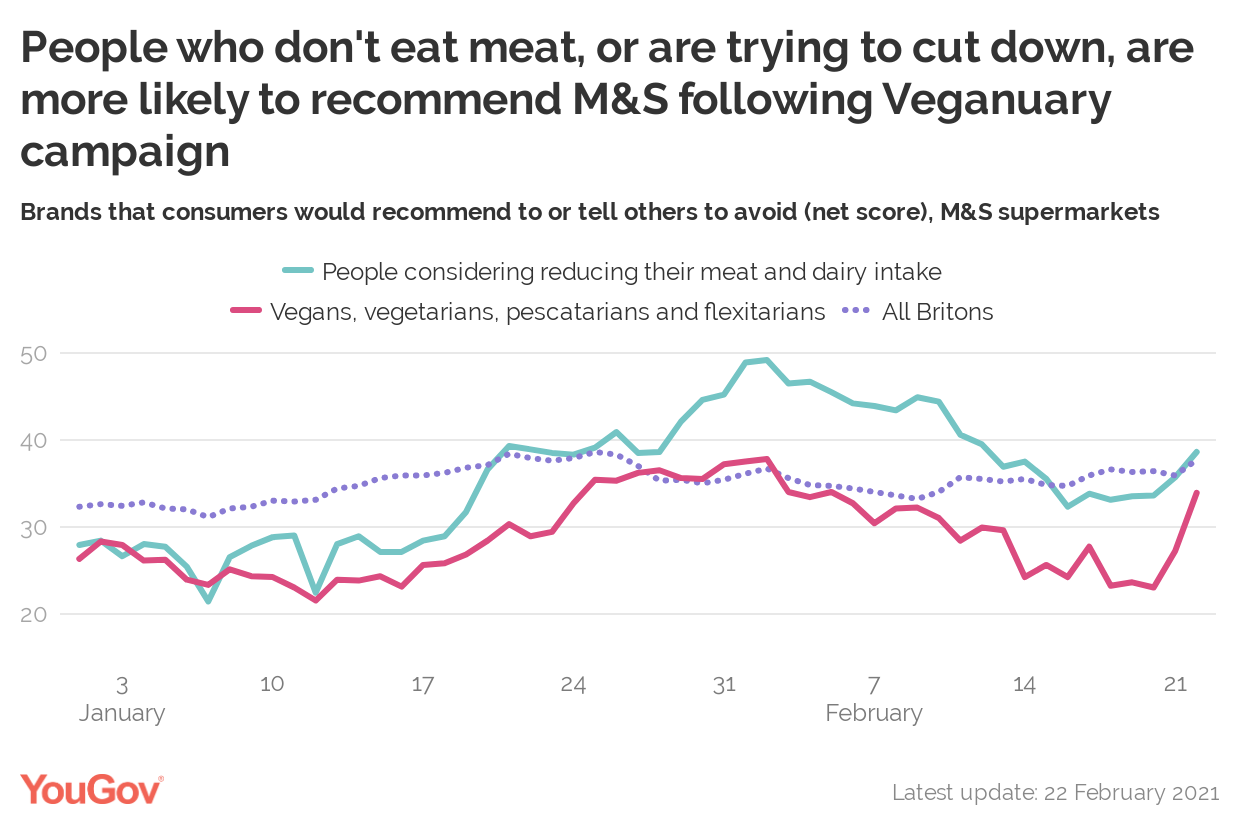