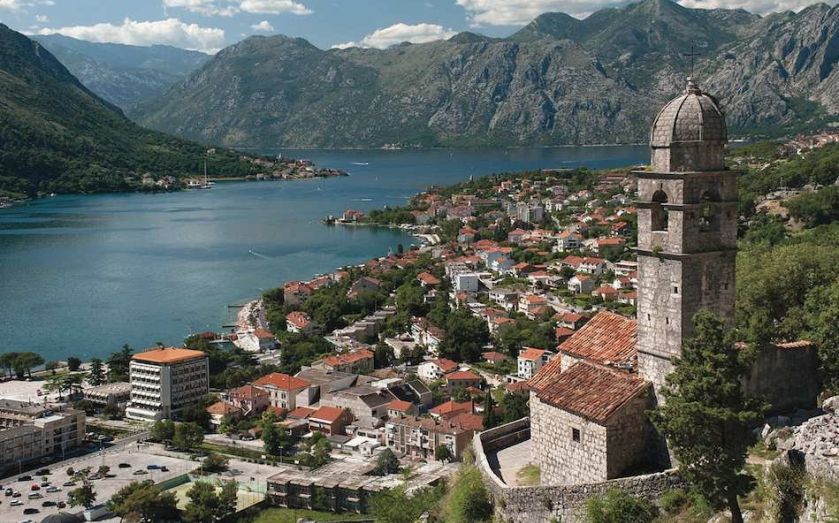 1. The Bay of Kotor is stunning

Take a Norwegian fjord, plonk it on the edge of a balmy Adriatic coast and you’ve got the Bay of Kotor. It’s a little hidden community, accessed through a narrow passage from the sea with steep wooded hills descending to small villages perched on the tiny bit of flat ground between shore and slope. It’s what the Mediterranean used to look like before we ruined it.

2. Porto Montenegro is a great resort

Porto Montenegro has, on paper, the potential to be terrible: it’s a former Yugoslav naval base that has redeveloped into a marina for superyachts by a collection of footloose billionaires with mining interests, including Britain’s Nat Rothschild, Russia’s Oleg Derpipaska and Canada’s Peter Munk. But the developers got it spot on. The architecture isn’t overly flashy and it’s no soulless gated community. Instead the development’s short shopping street segues straight into the restaurants of the existing town, meaning the children of locals who used to work in the shipyard walk shouder to shoulder with the owners of megayachts.

3. You can spin around the bay on a speedboat

Porto Montenegro can sort visitors out with a spin on a speedboat that’s like something out of Grand Theft Auto. In the middle of the bay is one of the most perfect islands you’ll ever see: a tiny man-made creation with its own chapel, which was built by the bay’s sailors.

4. It’s the most historic corner of Europe that you’ve never heard of

The Bay of Kotor’s quiet waters and narrow entrance from the sea make it easy to defend from marauding barbarians, so the Venetian Empire used it as a base for its shipping fleet. So rather than traipsing behind thousands of tourists in St Mark’s Square, get a few hundred miles down the coast and wander along dusty alleys behind 16th century churches that wouldn’t look out of place in a Caneletto painting.

The small town of Kotor was so strategically important that the Venetians spent a fortune building defensive walls around it. Now you can hike up this amazing feat of engineering.

5. The food isn’t always amazing But there are hidden gems

Montenegro’s food is hit-and-miss and it’s not a foodie destination, but there are a few gems. Drive for 20 minutes from Porto Montenegro, turn down a tiny track and you’ll be in the village of Bogova. There you will find a family-run restaurant by the name of Pod Volatom. I lost track of what I was ordering but enormous plates of fresh fish kept arriving and the bill was less than a few bottles of Kronenberg in a City bar. You can also pop out for a swim in the nearby inlet after eating

Perast is a small town mid-way along the bay, formerly home to Venetian shipping merchants. There are hints of its gloriously wealthy past everywhere to turn, such as the profusion of crumbling churches that must number one for every five or so residents. It’s a perfect little spot to get away from it all unless, like me, you accidentally walk through it when they’re filming the forthcoming Piers Brosnan movie November Man. Despite the protestations of the film crew, one bemused and intransigent old lady ruined shot after shot by going about her daily business – clanking windows and washing balconies – with scant regard for filming schedules.

7. It’s changing, so you ought to get here while you can

One side of the bay is currently being developed from scrubland into an enormous development called Lustica Bay, complete with multiple golf courses that will dwarf Porto Montenegro. While this is great for those who want to visit, the flip side is that these new developments – even the tasteful ones – are going to change the area for good, which means you need to act fast if you want to enjoy it while it’s still unspoilt. Enormous ships are already starting to pay visits to the Bay of Kotor, a spot that was unknown in the West only a few years ago. This is an amazing corner of the world that’s about to change forever – make the most of it while you can.