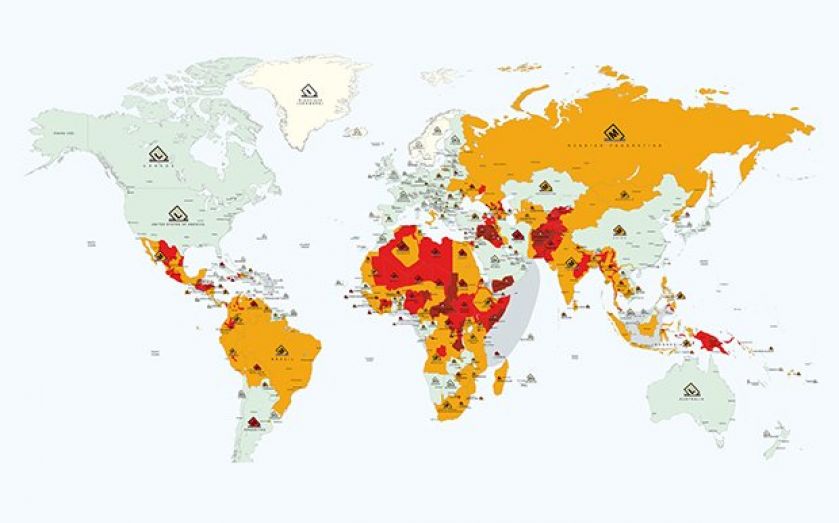 In recent years, the government has become increasingly keen to encourage UK businesses to trade with developing economies – but with the world still reeling after two major terror attacks in a single week, how safe is it to do business abroad?

Risk consultancy Control Risks has put together a map showing the world's most dangerous territories, suggesting business leaders should keep an eye on the political situation in countries they do business with.

Take a closer look at the map, with a key, here 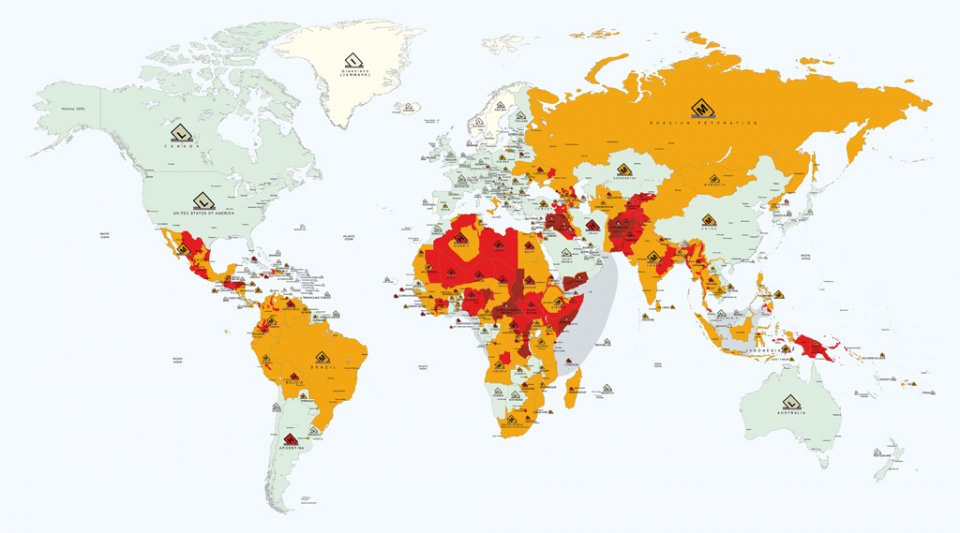 The company's global research director says the abundance of red on the map is down to "nationalism". "Countries are becoming sensitive creatures when it comes to sovereignty. And their leaders [have] become a bit controlling about what happens on their turf".

What does that mean to businesses? "Have a long think about the leader of the country you’re about to invest in. How comfortable does Mr President or Madame Prime Minister look in the role? Too comfortable and you may be tangling with a despot before you know it. Too nervous and they may not be around for long. And no one likes instability."

Likewise, it's important to look at the surrounding economies. "Have a careful look around the neighbourhood. What do the borders look like? Are they porous and flimsy? Not a good sign – that means they’re open to anything from contraband to little green men."

Which economies will dominate the headlines in 2015?