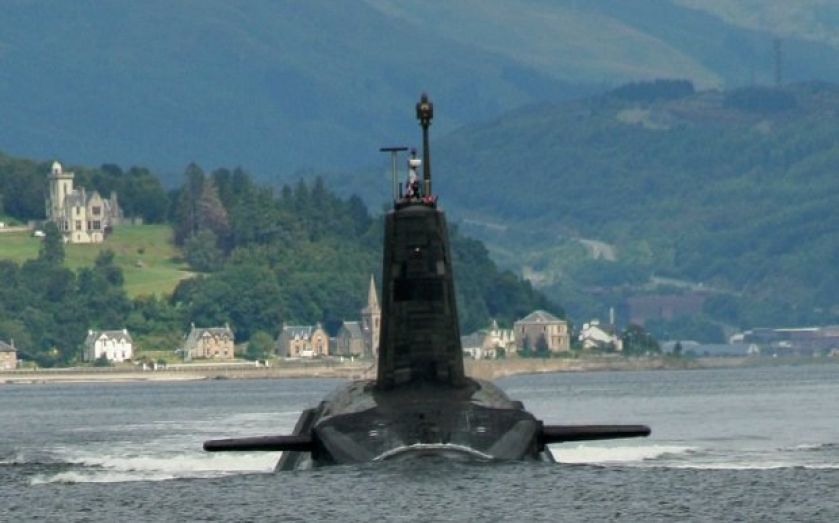 If Scotland votes for independence in September's referendum, the future of the UK's Trident nuclear submarines may not be as uncertain as was previously thought.

According to a new report from the Royal United Services Institute (RUSI), moving the Trident submarines out of Scotland would be "very difficult but not impossible".

The report's authors said their aim was to "dispel the myth that relocating Trident out of Scotland is impossible and in doing so create some space allowing an amicable settlement to be reached in the event of a Yes vote".

However, it could take ten years to build a base suitable for Trident's relocation outside Scotland. The SNP wants the submarines, which are based at the Faseline naval base, removed within four years.

One of the most-striking aspects of the study, was RUSI's estimate for the cost of Trident's relocation as opposed to previous assumptions.

The authors of the paper, Hugh Chalmers and Malcolm Chalmers, find that that the recreation of a suitable base would add between £2.5 and £3.5bn to the cost of maintaining the submarines. The sum is substantially more modest than the £20bn that had previously been estimated.

Commenting on whether it would be possible to relocate the nuclear deterrent by the SNP's deadline, Chalmers said: "It may be possible to deactivate Trident by that point and have it out of Scotland but it's unlikely we would have been able to have it up and running in a new location by that point.

"The Scottish government has acknowledged that if they were to become independent there would be a period of time where the UK would be basing its nuclear forces in an independent country. The UK would be the first country to ever do this."