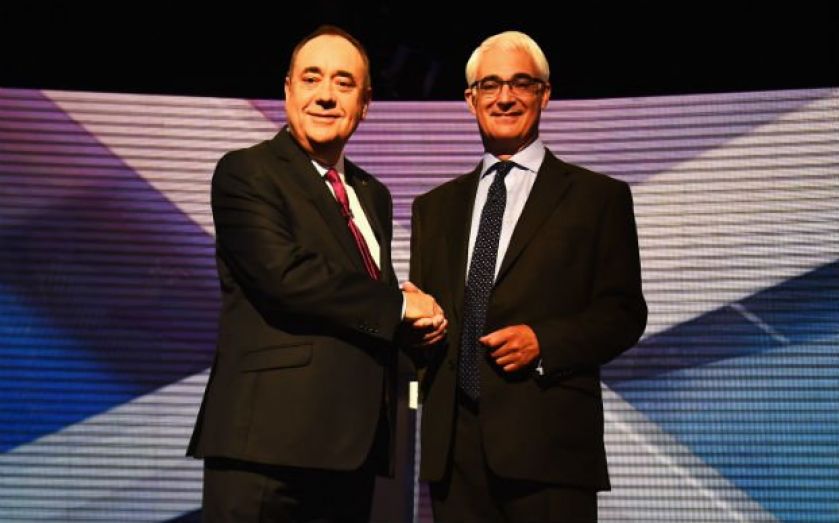 Contingency plans have been made by the Bank of England ahead of the Scottish referendum in response to uncertainties over the country’s currency if it becomes independent.

Bank of England governor Mark Carney said the body had "a wide range of tools and plans" to deal with any financial issues arising from the referendum, regardless of the outcome when Scots take to the polls in five weeks.

During today's announcement on interest rates he said:

While pollsters suggest Scotland will vote to remain part of Britain, the outcome is far from conclusive, with a survey published today suggesting support for independence had eaten away at the No campaign's lead.

Scotland’s first minister and lead for the Yes campaign Alex Salmond has indicated the country would most likely seek to adopt the pound sterling.

But cross-party political leaders in Britain have warned they will not enter into a Euro-style currency union with an independent Scotland. Treasury secretary Danny Alexander is among those to have spoken out against a union.

Alistair Darling, the leader of the pro-union campaign Better Together previously called a currency union "logical" and "desirable" if Scotland were to vote for independence, however he would not be drawn on the comments by Salmond in last weeks debate on independence and has since argued that a currency union would lead to a political union and be bad for both Scotland and the UK.

Salmond has been derided for not having an alternative “plan B” to a unified currency, but Scotland could still adopt the pound without approval from Britain.