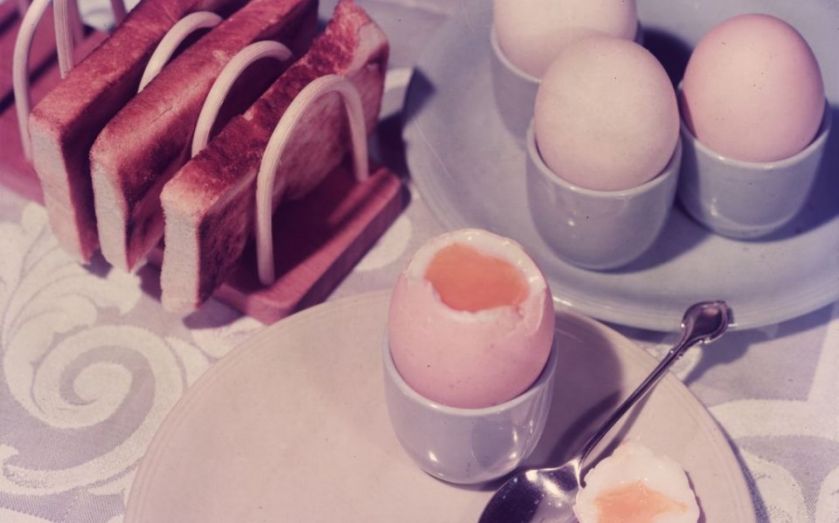 Have we got a cracking story for you. Scientists claim they have learned how to unboil an egg. No yolk.

You might think they were a little fried to tamper with such a delicious breakfast, but unboiling an egg could save the global biotechnology industry £105bn. Which, we think you'll agree, is eggstremely good news.

Scientists at the University of California and Flinders University in Australia (eggsperts?) have managed to turn the white of a hard-boiled egg back to its native, liquid form.
It's the first time this has ever been done, and the potential implications could be huge.
The team boiled the egg for 20 minutes in a pan, as anyone might when preparing their first meal of the day. But then they did something more unusual – they injected the egg with urea, one of the main components of urine. This turned the egg white into a liquid, but still not its original form.
Next, the egg was placed inside a spinning vortex fluid device, which caused the proteins in the egg white to become untangled and then refolded into their proper structure. Et voila! A raw egg.
If that wasn't an ouef, the scientists believe this breakthrough could save the pharmaceutical industry millions, helping to reduce the high cost of untangling proteins.
Cheese-making and the manufacturing of cancer drugs are just two of the many procedures that require proteins to be unfolded and refolded, and until now scientists have relied on expensive and time-consuming production methods.
The exact amount of money a whole range of industries are likely to save as a result of this latest discovery is not certain, but it could be as much as $160bn (£105bn), according to the researchers.
Gregory Weiss, one of the lead researchers in the study, told CNBC: "I can't predict how much money it will save, but I can say this will save a ton of time, and time is money.”