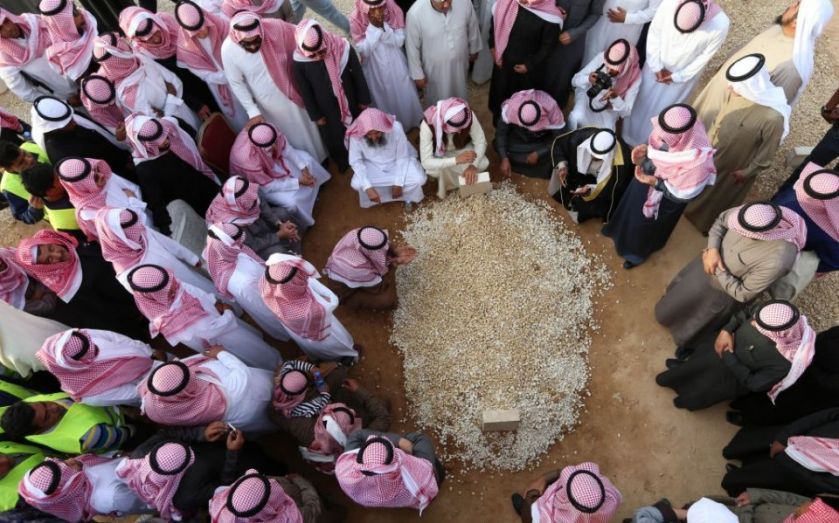 I have never understood the world’s fixation with soap operas; why obsess about EastEnders when the real world is so often far more dramatic and even less plausible? Even more to the point, why worry about 80s American re-runs Dallas and Dynasty when we have the true-to-life House of Saud, the world’s most prosperous family, to dwell on? The death of long-ruling King Abdullah (who has been in de facto charge of Saudi Arabia since King Fahd’s debilitating stroke in 1995) reminds us of the Achilles’ heel of the system of absolute monarchy: it is only as good as its latest ruler, and the personal – rather than shock-absorbing institutions – dominates everything. It means that, to understand Saudi Arabia, the most important monarchy left in the world, we have to dwell in the land of personalities, petty jealousies, and behind-the-scenes power plays, because that is how things are precariously determined. And the Saudi soap opera doesn’t disappoint. Having just died of pneumonia at the venerable age of 90, Abdullah is one of the last of the 45 sons of Ibn Saud, the founder of the dynasty. Disastrously, by custom the Saudi monarchy’s succession works horizontally rather than vertically, as is the case in most European systems of kingship. That is, it is brothers rather than sons and daughters that succeed to the throne; ruling generations remain frozen in place while time marches on. Indeed, Abdullah’s successor Salman is the sixth son of Ibn Saud to become king in his own right. The problem with this system is that the monarchs fail to keep up with the times, as is the case in systems where sons take over from their fathers. As a rule – though Abdullah was generally looked on favourably – the Saudi successors to their father have gotten older upon coming to the throne, with the most talented brothers having already served (or died). Indeed, Ibn Saud has been dead since 1953, and yet the world of the Saudi monarchy has hardly moved on since. The new King Salman, the long-time governor of the crucial Riyadh province, enjoys a reputation for good governance. But at 79, he is also thought to be suffering from dementia or Parkinson’s disease, a dreadful weight for the monarchy to bear. Salman’s half-brother, newly-installed Crown Prince Muqrin, will probably be the last of Ibn Saud’s sons to ascend to the Saudi throne. A relatively young 69, Muqrin is an RAF-trained fighter pilot and former intelligence chief. He is well liked by ordinary Saudis and has good ties with the US, Riyadh’s vital ally. The only real black mark against him is that his mother was a Yemeni concubine, rather than a Saudi princess, a fact some of his envious surviving half-brothers hold against him. Assessing the Saudi monarchy – which, given its opacity, resembles the old sport of Kremlinology – is like nothing so much as wading through the harem politics of the Ottoman Empire. Once one can work out which claimants to the throne are full rather than half-brothers, and which powerful mothers plot behind them, it all becomes a good deal analytically clearer. For example, King Salman is a member of the “Sudairi wing” of the royal family, named after Ibn Saud’s favourite wife, and a caucus feared and resented by the other claimants to the throne as being too favoured and too powerful. In the near term, the system looks well able to endure, with there being very little prospect of change during the transition period from Abdullah to Salman. Already the new king has stated that he will continue with “the correct policies which Saudi Arabia has followed since its establishment.” The canary in the coal mine adding substance to this calming rhetoric is that Salman has already indicated that powerful oil minister Ali al-Naimi – the architect of the controversial Saudi policy of driving down the price of oil to preserve the petro-kingdom’s market share – will be retained. So look for more of the same on energy policy, Iran, and ties to the US. But for all this supposed stability, the day of reckoning for the House of Saud is not far off. To solve this perplexing generational problem, Salman has just named his nephew, Prince Muhammed bin Nayef, the powerful interior minister, as deputy Crown Prince. The first of Ibn Saud’s grandsons to be explicitly mentioned in succession plans, he is at 55 a break with the past. A moderniser, admired for his counter-terrorism work in both London and Washington, this is about as good an outcome as the West can plausibly hope for. But whether the other grandsons go quietly along with their elders’ plans – with the Saudi spoils system up for grabs – is open to question. And the answer will affect all of us, soap opera or not. Dr John C Hulsman is senior columnist at City A.M. He is a life member of the Council on Foreign Relations, and author of Ethical Realism, The Godfather Doctrine, and Lawrence of Arabia, To Begin the World Over Again. He is president of John C Hulsman Enterprises (www.john-hulsman.com), a global political risk consultancy, and available for corporate speaking and private briefings at www.chartwellspeakers.com