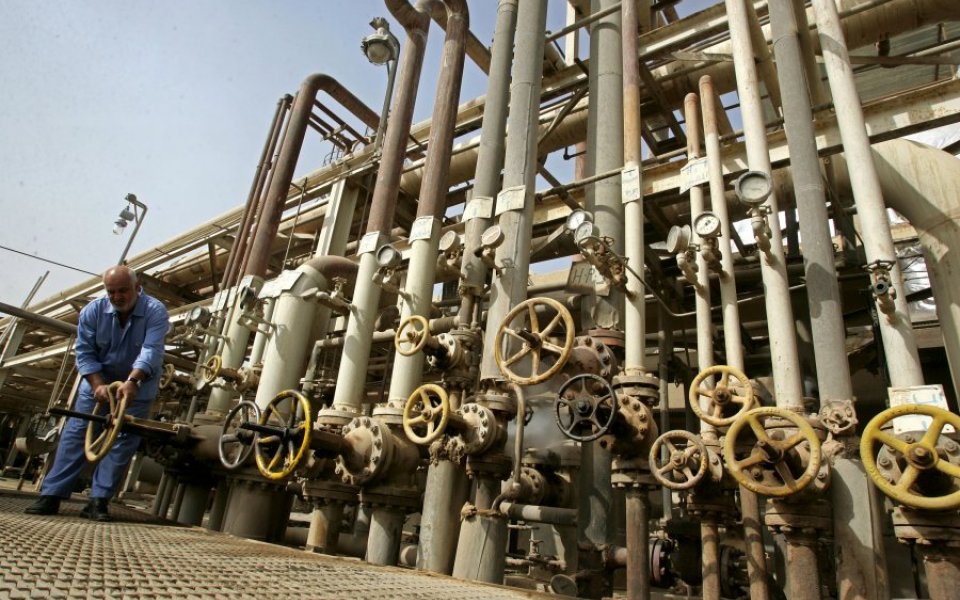 At first glance, the remarks at today's meeting in Doha were hugely significant, coming both from the notoriously stubborn leader of the Opec cartel and one of the largest non-Opec producers in the world.

Opec members Qatar and Venezeula, who were also at the meeting, have also pledged to freeze production, although any deal is conditional on other players participating.

Could this mean the end of the oil price rout that has blighted the sector for the past 18 months, now that such major producers have indicated that output will not rise?

Read more: one third of oil firms at risk of bankruptcy due to plummeting oil prices

But look a little closer and this might be more of a tremor than an earthquake on the richter scale of exciting energy news.

The market clearly isn't impressed – the price of brent crude soared by six per cent in early trading to more than $35 on hopes of a deal, but came crashing back down again after the announcement.

The main concerns hinge on the fact that it depends on other parties agreeing and that Saudi Arabia and Russia will be freezing output at near-record levels, rather than cutting it.

Getting Iran – notably absent from the meeting – to agree to cut production so soon after the West lifted its sanctions could be tricky to say the least.

“Interesting that oil freeze would only go ahead if all major producers agree. Iran won't freeze production at Jan levels, that's for sure!” tweeted Joshua Mahony, market analyst at IG.

Sebastien Marlier, senior commodities editor at The Economist Intelligence Unit, is sceptical that the deal will herald the turnaround that the battered oil industry is hoping for.

“First, the deal is conditional upon other countries joining, but the probability of Iran and Iraq joining in the near term remains very low,” he affirmed.

“Second, Saudi Arabia, Russia and their negotiating partners have agreed to freeze output, not to cut it. They want to freeze production at January levels: in January Russia pumped a post-soviet record of 10.88m barrels/day, whereas Saudi's production remained very near its all-time record, at about 10.2m barrels/day.

“Third, it remains to be seen whether the agreeing parties will actually respect this deal, with Russia notoriously having failed to respect a similar agreement with Opec producers in the 1990s.

“Fourth, even if the deal is implemented and respected, oil markets will remain oversupplied. Global production far exceeded consumption in January, demand growth is slowing and, if anything, the deal could provide a new lifeline to higher-cost producers, including US shale firms”.

Mike van Dulken, head of research at Accendo Markets, is not convinced either.

“Indices exposed to commodities are giving up gains after several Opec oil ministers agreed to freeze production at 11 January levels, which isn't quite the cut that oil bulls had been hoping for,” he said.

“With Opec kingpin Saudi Arabia adding that it's absolutely comfortable with current prices, it looks like yet another attempt to buoy the oil price with mere rhetoric.”