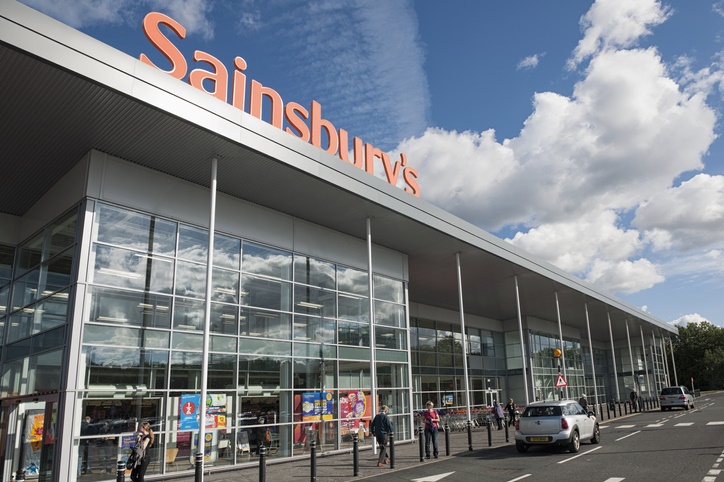 Sainsbury’s has suffered a 92 per cent drop in half-year profit, as costs from store closures took a toll on the grocer’s balance sheet.

Statutory pre-tax profit fell from £107m last year to just £9m in the three months to September, following a one-off £229m write-down in the value of its property portfolio.

Retail sales (excluding fuel) were down 0.6 per cent.

Sainsbury’s raised its interim dividend six per cent to 3.3p per share, while underlying earnings per share fell 16 per cent to 7.9p.

The 150-year-old retailer blamed cost savings, higher marketing costs and tough weather comparatives for its fall in profits and sales in the first half of its financial year.

However, it told investors that second half profits would pick up as last year’s staff wage hike becomes annualised and market costs level out, hinting it was on track to hit analysts’ profit consensus for 2019-20.

Sainsbury’s is trying to convince shareholders of its new strategy after its failed £7.3bn Asda merger was blocked in April.

The supermarket’s share price has fallen 34 per cent over the last year, but shares lifted 1.6 per cent to 208.8p in early trading. And analysts today said there are signs that Sainsbury’s could yet turn a corner.

“Revenue growth is more or less flat and, although that may be better than some in the City had feared, the declines to profit before tax and earnings per share could be seen as a concern,” John Moore, senior investment manager at Brewin Dolphin, said.

“That said, a strong performance from Argos, costs savings, reduced debt, and a slight uptick to the dividend provide investors with some hope for the future.

“The question is whether the supermarket can re-invest the proceeds from its cost savings programme to get back in the game in a more meaningful way and contribute to the wider group.”

Mike Coupe, chief executive of Sainsbury’s, told a media call this morning that “probably the most important thing is getting certainty around the Brexit uncertainty”.

“Having planned three times for a potential departure, that weighs heavily on our market and our customers.”

Coupe said that Harry Potter invisibility cloaks and mince pies were likely to be the big sellers during the crucial Christmas trading period.

In a statement he added: “We are investing in hundreds of Sainsbury’s and Argos stores, introducing new products and services and continually improving service and availability. As a result, customer satisfaction has increased significantly year on year.

“We have set out our plan to create one multi brand, multi-channel business. This will make the combined Sainsbury’s and Argos offer much more accessible for customers and gives us the opportunity to make our business more efficient.”