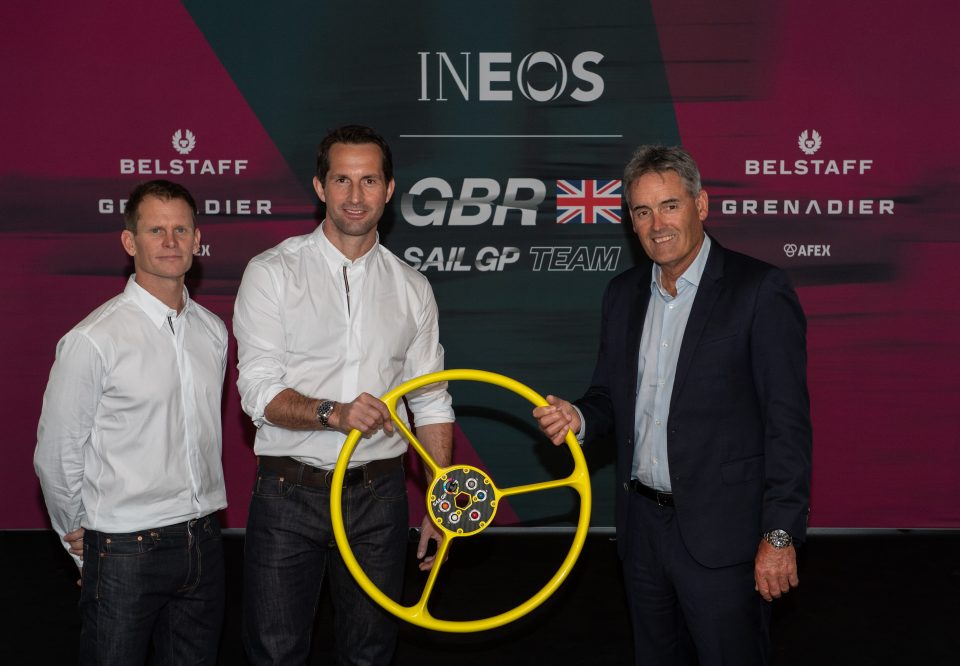 If the first season of SailGP was about making a splash and proving that there is an audience for the sport, then the second is about expansion.

Teams from Great Britain, Australia, China, France, Japan and the US competed in identical wingsailed F50 catamarans across five grand prix style events in Sydney, San Francisco, New York, Cowes and Marseille between February and September, with the Australians claiming the $1m prize.

Read more: Why Amazon’s step into Premier League broadcasting is so significant

Although Tom Slingsby’s team ultimately came out on top, the racing was competitive, with all six crews winning at least one race. It was also fast-paced, with the 50-knot speed barrier broken for the first time in sail racing.

With some of the world’s best sailors competing in cutting-edge, high-tech boats, the racing was always likely to be compelling. But the audience to watch them was far from guaranteed, with the series contending with sailing’s niche nature, a distance from spectators that can make it challenging to follow and a perception that it is elitist.

The fact that 133,000 spectators attended races and Coutts, the series’ chief executive, boasts a cumulative event broadcast audience of 247m people suggests sailing might no longer be so niche.

In a bid to increase the eyes on next year’s season, SailGP have welcomed on board the most successor Olympic sailor of all time.

Four-time gold medalist Sir Ben Ainslie has switched his immediate focus from trying to win the Americas Cup in New Zealand in 2021 and joined the Great Britain team for the 2020 edition of SailGP, which starts in Sydney on 28 February.

“He’s a brilliant asset,” says the Great Britain team’s chief executive Chris Draper. “There are no other sailors in the world who can turn the pages on live media that isn’t just sailing orientated.”

Ainslie’s arrival on a one-year contract will see Olympic bronze medalist Draper move off the boat next season, while former captain Dylan Fletcher and team-mate Stuart Bithell will focus on winning gold in the 49er class at the Tokyo 2020 Olympics.

“I was a little bit surprised initially, to be honest,” adds Draper. “But I could easily see the draw and attraction for Ineos – the racing is incredible, you can’t deny that it’s the best racing going on at the moment in hydrofoils.”

Ainslie admits that sailing an F50 with four others is “almost like a different sport” to the Finns he is used to, but the potential of SailGP was simply too good an opportunity to turn down.

The 42-year-old does not see SailGP experiencing the same difficulties as the Extreme Sailing Series, which became financially unviable and folded in October after 12 years of existence.

“With SailGP, the technology in the boats is way more technologically driven in this kind of a circuit before,” says Ainslie.

“And also in the sporting product – the TV, the scope, the graphics – that’s something that has been revolutionary in how sailing has been covered. It makes it much easier for a lay person to watch sailing and get what is going on.”

Coutts has frequently spoken of his aim to make SailGP sustainable – and that means financially as well as environmentally.

The competition has committed to the United Nations’ Sports for Climate Action framework to address the latter, while the involvement of original sponsors Rolex, Oracle and Land Rover, as well as brands like Ineos, have made the former a truly achievable objective.

SailGP created a $115m economic impact, or $23m per event, in its first year, while Coutts proudly reports that all events were contained within their budgets and that the six teams all ran under budget.

He says there is interest from around 20 other countries to establish teams, with new competitors, including Ainslie’s Danish rival Jonas Hogh-Christensen, and races set to be announced.

The teams are currently run by the competition but the aim is for them to become privately owned and commercially sustainable in the long term.

“It’s our fundamental objective,” says Coutts. “We want these teams to build brand equity and value over time, which is normal in most sports properties.

“Most of the time when you have an ownership change or key personnel changes in the team, the teams go on – yet that hasn’t been the case in sailing. If you look at the major teams that have formed in sailing over the years, they’ve generally had a pretty short life cycle. They’ve been created, they’ve spent all this money, then they completely disappear.

“That’s what we wanted to change: set this new structure that is consistent but an annual championship series that is raced in the fastest boats in the world which provides great value for our commercial partners.”

The involvement of Ineos is a major coup. Driven by Britain’s richest man, founder Sir Jim Ratcliffe, the world’s largest chemical producer has made a conscious effort to move into sport over the past few years, taking over Team Sky in cycling and sponsoring Eliud Kipchoge’s successful attempt to break the two-hour marathon barrier, while Ratcliffe himself acquired French football club Nice.

The company’s backing of Great Britain’s SailGP team, therefore, aligns with its other projects and also makes the venture profitable after just one year, according to Coutts.

“The fact that these guys want to come and join the circuit is a true testament to how far it has come in one year,” adds Draper.

“It’s quite unbelievable to be honest. When we sat around last year we didn’t really know what was going to happen. We arrived at the first event and we were pretty bloody scared.”

With Ainslie on board and new teams and sponsors queuing up, the future is looking brighter for SailGP and the wider sport of sailing.