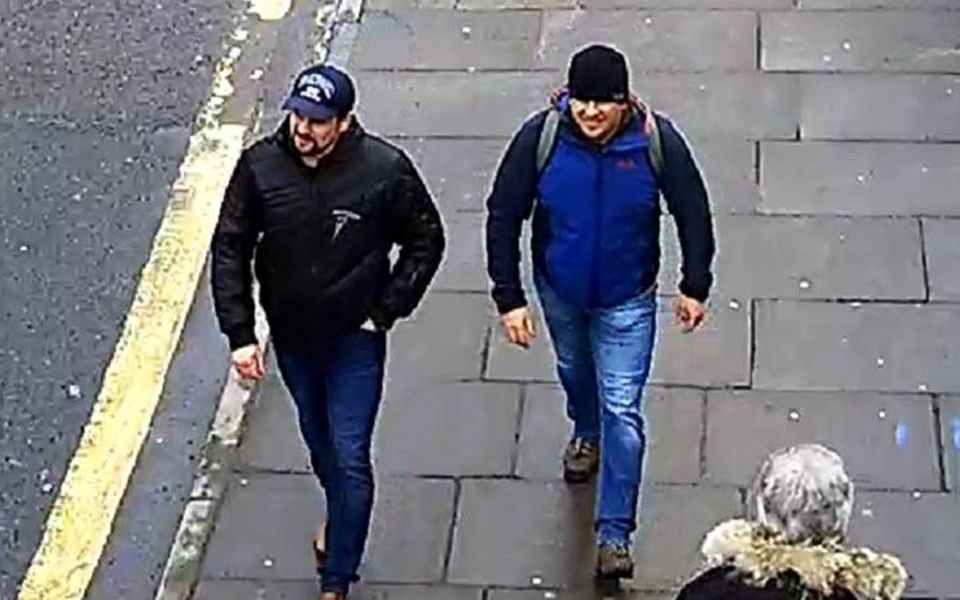 The Kremlin today said it will consider any request made by the UK to question two Russian men allegedly behind the nerve agent attack in Salisbury.

"Without doubt if such a request is made it will be looked at by the Russian side in strict accordance with Russian law,” said Dmitry Peskov, President Vladimir Putin's spokesperson.

The men, whose passports showed their names to be Alexander Petrov and Ruslan Boshirov, were both accused last week by Prime Minister Theresa May of being agents belonging to a Russian military intelligence unit who were responsible for the poisoning of former Russian military officer Sergei Skripal and his daughter Yulia in March.

While the Skripals recovered from the damage caused by the Novichok chemical, a 44-year-old woman named Dawn Sturgess died from Novichok poisoning weeks after the attack, from picking up a fake Nina Ricci perfume bottle in Salisbury in which the nerve agent was stored.

On Wednesday, Putin said the two men had been identified by the Kremlin, but that they were civilians who were not linked in any way to the Russian government.

The suspected Russian poisoners claim they were in Salisbury to visit the iconic Somerset cathedral (Source: Getty)

The two suspects claimed on state-funded television channel Russia Today that they were in Salisbury as sightseers to visit Salisbury Cathedral and Stonehenge. They both dismissed claims that they had smeared poison on the Skirpal's door.

"For normal blokes, to be carrying women's perfume with us, isn't that silly? Even when going through customs, going wherever, all your things are inspected, any policeman during an inspection – well, they'd be asking the question: 'Why is there women's perfume in a man's baggage?'" said Boshirov.

They also said they are victims of a “fantastical coincidence” and have demanded an apology from the “real” attackers.

Downing Street has dismissed their claims.

"The lies and blatant fabrications in this interview given to a Russian state-sponsored TV station are an insult to the public's intelligence,” said May's spokesperson. "More importantly, they are deeply offensive to the victims and loved ones of this horrific attack. Sadly it is what we have come to expect. “

The government also criticised the Russian state, adding, “An illegal chemical weapon has been used on the streets of this country, we've seen four people left seriously ill in hospital and an innocent young woman has died. Russia has responded with contempt.”