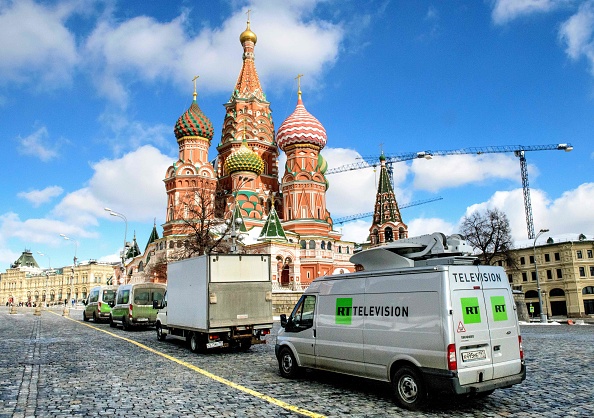 Russia has warned UK media working in Russia that they will face consequences after Ofcom handed down a £200,000 fine to broadcaster RT.

In a statement, Russia’s Ministry of Foreign Affairs said it viewed the penalty as “part of an anti-Russian campaign designed to restrict the activities of Russian media in Britain”.

“We are carefully following the situation and remind British media working in Russia that they should be ready to face the consequences of official London’s actions,” it added.

It comes after the regulator hit RT – formerly known as Russia Today – with the six-figure sanction for breaching rules over impartiality.

Ofcom said RT had breached requirements for broadcast news to be presented with due impartiality in seven programmes that covered topics including the novichok poisoning in Salisbury last year.

The regulator added it was “particularly concerned” by the frequency with which RT broke its rules over a short period of time.

RT has hit back at the fine, describing Ofcom’s actions as “particularly inappropriate and disproportionate”. The state-owned broadcaster has said it is considering further legal action over the penalty.

It is the latest salvo in an ongoing dispute between the two countries over the issue of press freedom.

Earlier this month the government banned RT and Sputnik, another Russian news agency, from a conference on media freedom in London.

“It takes a particular brand of hypocrisy to advocate for freedom of press while banning inconvenient voices and slandering alternative media,” RT said in a statement at the time.

Jeremy Hunt made media freedom a central issue during his time as foreign secretary, and has slammed Russia for its role in spreading disinformation.

The government has identified 40 different narratives spread by the Kremlin in the wake of the Salisbury poisonings.