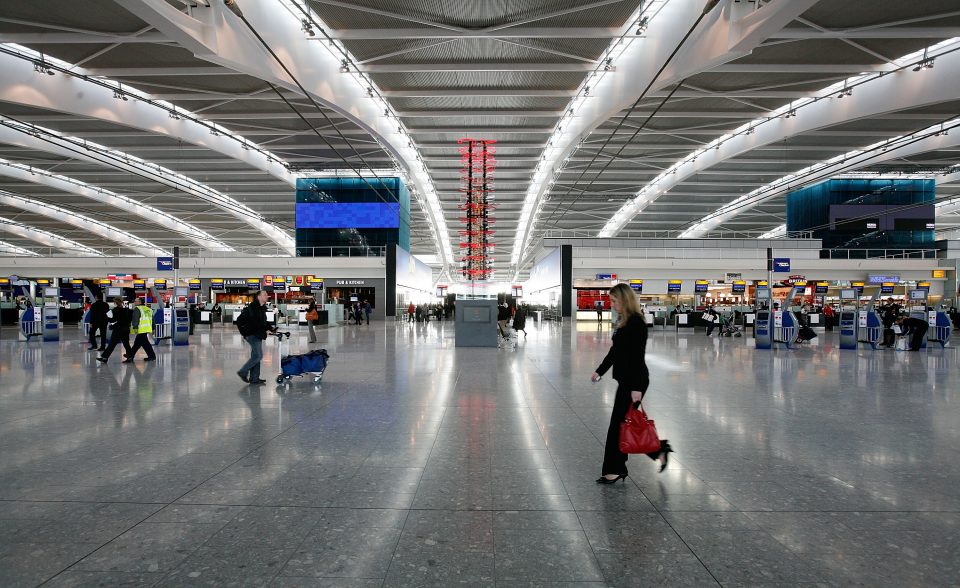 Heathrow airport enjoyed its busiest October on record as 6.9m passengers travelled from and to London’s international hub, thanks in part to fans flying to Japan’s Rugby World Cup.

Airport traffic grew 0.5 per cent year on year, Heathrow revealed today, with the number of passengers flying to and from the Middle East rising 6.5 per cent thanks to Virgin’s new route to Tel Aviv.

However, traffic between London and the EU both slipped 1.1 per cent to 2.4m passengers, while non-EU Europe travel dropped 2.2 per cent to 479,000 passengers.

“Heathrow continues to deliver for the economy, but we are also making progress on tackling the biggest issue of our time – climate change – by decarbonising the global aviation sector,” Heathrow chief executive John Holland-Kaye said.

“We are delighted that British Airways has become the first airline in the world to commit to net zero emissions by 2050 and that others are following their lead.”

The airport saw a record 61m passengers travel through it in the first nine months of 2019, according to its latest results.

That number grew to 68m for the first 10 months of the year.

But Heathrow is under pressure to increase competition between airlines over accusations that British Airways enjoys a monopoly at the travel hub.

Read more: Are you paying too much for your Heathrow flight?

A survey has found that 57 per cent of British travellers would like more airline choices at Heathrow, while transport secretary Grant Schapps has supported calls for greater competition.

A survey commissioned by Virgin Atlantic recently found that Heathrow passengers could be paying up to 10 per cent more for air fares due to a lack of competition on some British Airways routes.