How do I get a Rugby World Cup 2015 ticket? Fans who miss out in official ballot could face prices 400pc higher 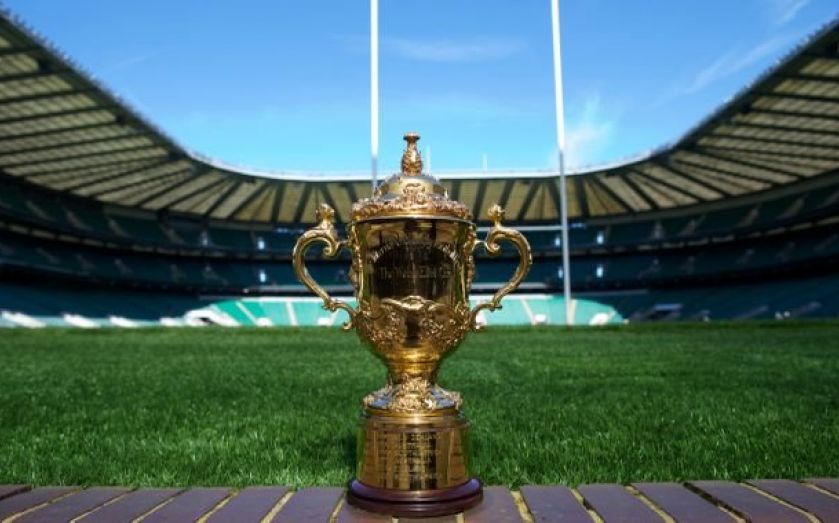 Rugby fans who miss out on World Cup tickets from the official ballot could end up paying four-figure sums just to watch group games.
The application period for Rugby World Cup 2015 tickets closed on Monday, leaving scores of rugby fans nervously waiting to find out if they have struck lucky later this month.
Those who miss out may turn to second-hand services such as StubHub, where tickets for Rugby World Cup games are already listed for prices up to 424 per cent higher than face value.
20 of the 48 World Cup group games were oversubscribed and went to a ballot for tickets across all four pricing categories. Despite the fact that general sale tickets have not yet been allocated or distributed, they have become available for purchase on "online marketplaces" such as ViaGoGo and StubHub.
The median average ticket price to watch England play in Pool A is £112.50, however that average rises to a colossal £751.66 on StubHub – a 568 per cent increase.
The frenzy to watch Stuart Lancaster’s team compete for the Web Ellis trophy is sending second-hand ticket prices skyrocketing.
Some tickets for England’s scheduled games in Pool A against Australia, Wales and Fiji are priced at over £1,400 while there are tickets for the quarter final game featuring the winner of the group going for £5,310.
Should England progress to the quarter-finals, fans could end up paying a whopping £7,080 to watch their team play.
Unsurprisingly, it is England’s Pool A games which have the highest average price on StubHub at £553. Pool B, which includes South Africa, features just one of the top seven ranked teams in the world, has the relatively “cheap” price of £267.
Four of the five highest-priced pool games feature England, the only exception being the face-off between Australia and Wales. Despite the fact that England have a fixture with an opponent yet confirmed (it will be the winner of the Russia vs Uruguay playoff tie), tickets for the game have a higher average StubHub price than heavyweight clashes such as New Zealand vs Argentina and Ireland vs France.
Those looking to get a cheaper deal should head to the King Power Stadium or Elland Road which currently have an average StubHub price under £200. The former will host Canada vs Romania while Scotland and the USA will battle it out at the Leeds United football stadium.
With England playing all but one of their pool games at Twickenham, and the "home of rugby" also hosting both semi-finals and the final, it's hardly surprising that Twickenham tickets are more expensive than those for any other ground.
The average price for a game at Twickenham is £1,487.
While England and other home nations’ games are widely expected to sell out, it should be noted that any undersubscribed games will have tickets go back on general sale through official channels in November.
StubHub prices fluctuate depending on demand, meaning they could become more affordable, or may rise to even higher levels between now and the tournament getting underway next September. The site's rules state that users should only list tickets they have either been allocated, or have in their possession.
Officials from the Rugby World Cup warned fans of the risks in buying tickets from unofficial sources.
A spokesperson said:

It is our objective to ensure that fans from around the world have a wonderful Rugby World Cup experience.
We are aware that unofficial sources may attempt to exploit fans and we have been working in full collaboration with the England Rugby 2015 organising body and the appropriate authorities, including city of London police, to deliver a proactive programme that focuses on education, prevention and monitoring.
“It is important to remember that unauthorised, unofficial sources may wrongly advertise tickets at inflated prices, despite not physically having these tickets. Our message to fans is clear – buy supporter tours, tickets, hospitality and merchandise from official channels only and visit www.rugbyworldcup.com/buyofficial to verify sources.